To share your memory on the wall of Alan Armstrong, sign in using one of the following options:

Provide comfort for the family of Alan Armstrong with a meaningful gesture of sympathy.

It is with heavy and grieving hearts that we announce the death of our loving Alan at the age of 48 years. Devoted Dad to Siena, Thea and Liam. Dearly loved son of Rosemary and Bill Armstrong and dear brother of R... Read More
Armstrong, Alan William

It is with heavy and grieving hearts that we announce the death of our loving Alan at the age of 48 years. Devoted Dad to Siena, Thea and Liam. Dearly loved son of Rosemary and Bill Armstrong and dear brother of Rob (Becky) and Scott (Jennifer). Also survived by the mother of his children and dear friend, Marlys Neufeldt, several nieces, nephews and cousins. Alan grew up in Port Colborne and Mississauga and achieved his degree in Systems Design Engineering at the University of Waterloo in 1994. He worked 2 of his co-op terms in Italy, where he gained a firm grasp of the Italian language and cooking, attributes which remained with him throughout his life. He worked as a project manager for corporations in Waterloo, Toronto and California. Alan founded, nurtured and operated his own niche market research firm known as Eigenworks Inc. growing it from its infancy in his Toronto garage to a beautiful office facility in Guelph. An avid jazz enthusiast and musician, he formed his first jazz band in high school known as Don Valley and The Parkways. He played his saxophone in many venues across Toronto, K-W, San Francisco, Italy and many other areas. Also interested in the arts, Alan was asked to critique a book written by a theological professor/mentor of his and displayed a broad and intelligent intellect across many areas of interest. He was a blessing to society and will be sorely missed by all whose lives he touched.

Friends will be received at the Gilbert MacIntyre and Son Funeral Home (Hart Chapel), 1099 Gordon St., Guelph on Saturday, August 24, 2019 from 3-6 p.m. A funeral service will be in the funeral home chapel on Sunday, August 25, 2019 at 3 pm. with Pastor Michele Rizoli officiating.
A Public graveside and committal service will be conducted by Rev. Rob Hurkmans at Overholt Cemetery, Port Colborne on Monday, August 26, 2019 at 11 a.m.

If desired, donations may be made to the Canadian Mental Health Association or the Ignatius Jesuit Centre, Guelph as expressions of sympathy. Online donations and condolences can be made at www.gilbertmacintyreandson.com
Read Less

We encourage you to share your most beloved memories of Alan here, so that the family and other loved ones can always see it. You can upload cherished photographs, or share your favorite stories, and can even comment on those shared by others.

Lindsay & Marilyn Fleming, Sandy, and others have sent flowers to the family of Alan William Armstrong.
Show you care by sending flowers

Posted Sep 20, 2019 at 03:54pm
Alan was a very kind and generous person that I got to work with over the years. He was amazing at what he did and I appreciated that he shared his knowledge with others. My condolences to the family.
Comment Share
Share via:
R

Posted Aug 24, 2019 at 10:35pm
We remember hearing him play the saxophone at the local Holiday Inn. Delightful. We remember our Mother’s Pizzeria trip to Hamilton. We will always remember that our society must always talk about and invest in mental health treatment. We love you, Bill and Rosemary.
Comment Share
Share via:

Dear Bill and Rosemary We are thinking of you and your family at this sad time. I remember so vividly your three boys even at your home on King st. funeral home and watching them grow up. We are keeping you in our hearts and prayers at the loss of your dear Alan. Grace and Bob Finnegan
JB

Our thoughts and prayers are with you.

Posted Aug 24, 2019 at 11:03am
Rob, Becky and Family, As you grieve know that we are remembering you and extending our deep condolences. Percy & Angela

Flowers were purchased for the family of Alan Armstrong. Send Flowers 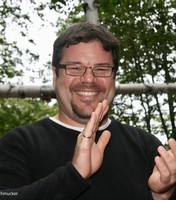 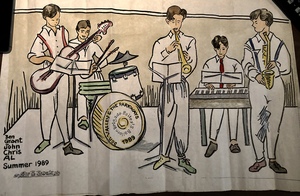 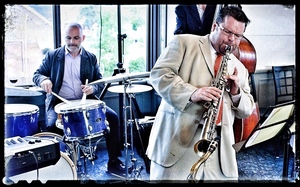 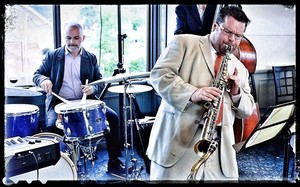