To share your memory on the wall of Mr. Albert Townsend, sign in using one of the following options:

Provide comfort for the family by sending flowers or planting a tree in memory of Mr. Albert Townsend

Provide comfort for the family by sending flowers or planting a tree in memory of Mr. Albert Townsend

Albert Norman Townsend Sr. passed away peacefully, surrounded by family, on Saturday, February 22, 2020, in his 71st year, after a courageous battle with cancer.

His kind heart and easy laugh will b... Read More
Townsend, Albert Norman

Albert Norman Townsend Sr. passed away peacefully, surrounded by family, on Saturday, February 22, 2020, in his 71st year, after a courageous battle with cancer.

Albert was born to Eiro and Norma Townsend of Meldrum Bay, Ontario, on June 12, 1948. He spent the first few chapters of his life on Manitoulin Island in Northern Ontario. A place so vast and beautiful could not contain his energy so it was in Guelph, Ontario, that most of his story was written. Married with an ever-growing family, he spent 32 years with Zehrs Markets to support his bustling household. His work ethic and ability to connect with people helped move him through the ranks of the company. He retired as Manager from Zehrs Eramosa; there was no better place to end this chapter of his working life. Albert couldn’t settle down completely into a sedentary retired life and so he split his time between Meldrum Bay and Guelph. His summers in Meldrum Bay were spent on the go as he was active in the community, was always ready to lend a hand, had many friends to spend time with and new friends to make. Of course, wintering in Guelph never began until hunting season was over, equally as busy lending a hand and spending time with friends and family. True to his nature, Albert was positive and persistent to the end working hard to beat the odds. That is a fitting end to his story.

In keeping with his wishes the family will be inviting Albert’s many family and friends to a Celebration of Life that will be scheduled for later in the spring or summer as the weather warms. This will be so that all who knew him can share a story and a laugh in his memory.

Donations can be made to the Canadian Cancer Society.
Read Less

We encourage you to share your most beloved memories of Mr. Albert Townsend here, so that the family and other loved ones can always see it. You can upload cherished photographs, or share your favorite stories, and can even comment on those shared by others.

Posted Mar 20, 2020 at 02:19pm
I've only recently learned of your loss. My condolences. I have great memories of Albert. I called on Zehrs Eramosa for years in my capacity of Sales Rep. Albert always managed to make those calls great fun along with being a mine of information on the industry. It was a sad day for me when he retired. I thought of him many times over the years! Rest in Peace my friend. Klair Willoughby.
Comment Share
Share via:

Posted Feb 28, 2020 at 07:41pm
My deepest sympathies Connie and family. Thinking of you and sending some hugs which I hope will help during this difficult time.
Comment Share
Share via:
KM

Posted Feb 25, 2020 at 11:52pm
To The Townsend Family
My Condolences to you all . Many great memories with Albert .He was a wonderful person .
Wishing you peace to bring comfort and the courage to face the days ahead and loving memories to forever hold in your hearts.
Comment Share
Share via:
PV

Posted Feb 25, 2020 at 12:02pm
My deepest condolences to the Townsend family. I always recall Albert with lots of laughs. Such a great sense of humour. Hanging around your house as a teenager was special for me. I thought that Albert was the coolest dad ever! When I matured and started a family of my own, Albert was always helpful when I shopped at Zehrs. One time, my photos were messed up (yup photo development that's how far back this memory goes) and he had them redone for me. The photos were of my newborn daughter, so they were special to me and he made sure that I had great photos. Thank you, Albert.

Posted Feb 24, 2020 at 05:59pm
My deepest condolences Connie and family. Alberts larger than life presence will be missed by so many. My heart is sad for you and all of us that knew him.
Comment Share
Share via: 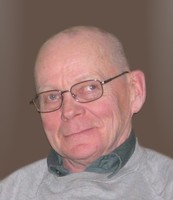