To share your memory on the wall of Andy Bokma, sign in using one of the following options:

Born in the Netherlands, he immigrated to Canada at a young age. He always maintained pride in his Dutch heritage. Andy lived his life for his family and cherished every moment. He was a well-respected entrepreneur with a passion for customer service in the coffee industry. A master conversationalist, he had a special ability to engage with people from all walks of life, hoping to brighten their day.

He had a vibrant and fascinating life. He embodied the phrase “living life to its fullest”. He was an avid aerial enthusiast who enjoyed hang gliding, sky diving, and flying. He obtained his private pilots license at the age of 25 and built his own bi-plane shortly after. Full of adventure, he also enjoyed scuba diving and racing stock cars in his younger years. Upon his retirement, he was especially passionate about lovingly restoring his vintage “Roadtrek” RV. He, along with Mary as his co-pilot, would set out to embrace new cultures and travel experiences. He always joked, “If you don’t own one, you’ll never understand”.
He also became an environmental advocate, passionate about “saving the bees”. Studying courses in Apiculture at the University of Guelph, he believed in the preservation of the vital role honeybees play in ecosystem sustainability.

You will never be forgotten, and are forever in our hearts. You’ve got another set of wings now, soar like an eagle!

We wish to thank Guelph General Hospital for their compassionate and professional care. A private family service was held at Gilbert MacIntyre and Sons Funeral Home in Guelph. When it is safe to do so, a celebration of Andy’s life will be held at a later date. Condolences will be received at https://www.gilbertmacintyreandson.com/

A slide show celebrating the life of Andy can be viewed at: https://www.youtube.com/watch?v=slyNo-WkBW0

As expressions of sympathy, donations to the University of Guelph Honey Bee Research Centre, would be appreciated by the family. Donations can be made at: https://honeybee.uoguelph.ca/donate/
Read Less

Receive notifications about information and event scheduling for Andy

Donations are being accepted for: Honey Bee Research Centre, University of Guelph.

We encourage you to share your most beloved memories of Andy here, so that the family and other loved ones can always see it. You can upload cherished photographs, or share your favorite stories, and can even comment on those shared by others.

Posted Jan 12, 2021 at 09:27pm
Andy was a customer of ours at Big Wheel Brake & Alignment. We still have a backwards clock hanging that he gave to us and causes lots of confusion to customers. Such a great guy. We will miss you Andy and your jokes and wonderful stories.
Comment Share
Share via:
PM

Posted Jan 12, 2021 at 07:39pm
My sincere condolences to the Bokma family. I didn't know Andy but did know Eka way back in high school days. Sorry for loss.
Comment Share
Share via:
F

Posted Jan 12, 2021 at 06:09pm
To Eka, Shannon family and friends we wish to extend our sincere condolences on the passing of Andy.
I have never met him him but sounds like he had very many pleasant experiences in his life.
Out thoughts are with you at this time
Rob and Gayle Lelievre

Posted Jan 12, 2021 at 02:20pm
I wish to send my most sincere condolences to the Bokma family. I remember Andy to be one of the most fun parents i ever met. I remember being about 14 and hanging out in front of the house with Ashley and Andy wanted to show us how he was still cool and he rode (most of the way) down the hill on a skateboard. I was shocked and deeply saddened for his family when i heard this news. I hope your happy memories can still shine through this very dark time.
Comment Share
Share via: 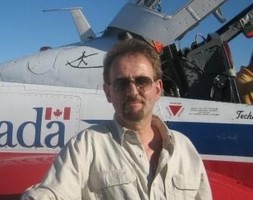 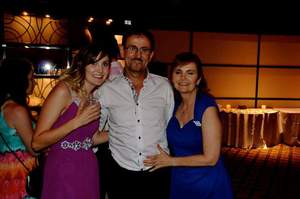