To share your memory on the wall of Axel Larsen, sign in using one of the following options:

Provide comfort for the family of Axel Larsen with a meaningful gesture of sympathy.

Passed away peacefully, with his family by his side at Hospice Wellington, Guelph, on Tuesday, June 25, 2019.

Passed away peacefully, with his family by his side at Hospice Wellington, Guelph, on Tuesday, June 25, 2019.

Axel was the son of Ruth Pedersen and Paul Erik Rasmussen, born in Odense, Denmark on January 17, 1947. He moved to Canada at nine years of age with his loving Mother, Ruth, stepfather Hans, and brother Erik. They settled in Atikokan, Ontario where Hans and Ruth had four more children: Lars, Shirley, Alex, and Karen. Growing up Axel worked hard to learn English and enjoyed many activities: scouts, canoeing, fishing, tennis and curling.

Axel soon excelled academically, particularly in Mathematics. By Grade 13, he was an Ontario Scholar and was accepted into Mechanical Engineering at the University of Waterloo. While there, he played varsity tennis and curling. He also met, and upon graduation, married, Anne.

Axel’s career began with Inglis Appliance Company in Stoney Creek and later joined the Engineering Department at Fiberglass Canada in Guelph, in 1974. Axel thrived on challenge, completing his M.B.A. at McMaster, while working full time and helping to raise his family. He became Production Manager at Owen's Corning Canada, working on various challenging, innovative projects. Axel was loyal, generous, organized, and highly principled. He turned down several promotion opportunities in the U.S. wanting to remain in Canada, and retired at 57 years of age.

The family will receive friends at the Gilbert Macintyre Funeral Home on 1099 Gordon St. Guelph 1099 Gordon St. on Thursday, June 27, 2019 form 2-4 and 7-9 p.m. A Memorial Service will be held in the funeral home chapel on Friday, June 28, 2019 at 10:30 a.m. As an expression of sympathy, in Axel’s memory, a donation to Wellington Hospice at www.hospicewellington.org or Grand River Regional Cancer Centre in Kitchener www.grhosp.on.ca would be appreciated. Donation cards are available at the funeral home or online at www.gilbertmacintyreandson.com
Read Less

We encourage you to share your most beloved memories of Axel here, so that the family and other loved ones can always see it. You can upload cherished photographs, or share your favorite stories, and can even comment on those shared by others.

Erin & Andrew Hutchinson and Your Home Group Realty Family have sent flowers to the family of Axel Steen Larsen.
Show you care by sending flowers

Posted Jun 28, 2019 at 07:52pm
One of my favorite memories of dad was his offer to keep my diary in his dresser drawer so no one in the family would read it. I really trusted my dad and knew he had my back always.
Comment Share
Share via:
JM

Posted Jun 28, 2019 at 11:21am
So sorry for your loss, and that we cannot be there for you at this time. My memories of Axel mainly involve curling, of course. I'll not forget how thrilled (and nervous) I was the first time Axel asked me to spare on his team, nor how much I enjoyed it.
Comment Share
Share via:
E

Yes, he loved to curl. It was his second home.
TN

Posted Jun 28, 2019 at 09:09am
Anne and family - our sincere condolences. We regret we cannot be with you today - but please know you are in our thoughts and our prayers. Marilyn & Tom Nolan
Comment Share
Share via:
E

Thanks Marilyn and Tom.
JP

Posted Jun 27, 2019 at 08:31pm
Hello Anne, I was saddened to read about the passing of your husband. My thoughts and prayers are with you and your family as you navigate this difficult time. Joanne Pucchio (Tonin).
Comment Share
Share via:
E

Thank you Joanne. It sure is hard.
HS

Posted Jun 27, 2019 at 04:14pm
We are truly heartbroken for the loss of our brother Axel ...wishing we were there to say our goodbyes love Erik Lars Shirley Alex and Karen

Flowers were purchased for the family of Axel Larsen. Send Flowers 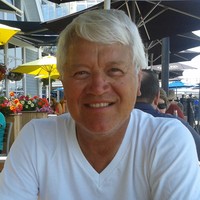 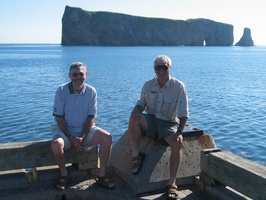 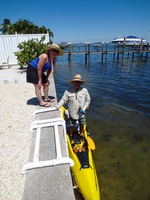 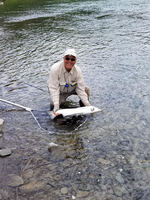