To share your memory on the wall of Ms. Brenda Bascom, sign in using one of the following options:

Provide comfort for the family of Ms. Brenda Bascom with a meaningful gesture of sympathy.

Passed away peacefully on Friday, June 7, 2019 in Guelph, after a courageous battle with COPD at the age of 72. Cherished sister of the late Arthur Bascom (2008) (Marion), Rockwood, Joanne Bascom, Guelph, and Ronald... Read More
Bascom, Brenda Louise

Passed away peacefully on Friday, June 7, 2019 in Guelph, after a courageous battle with COPD at the age of 72. Cherished sister of the late Arthur Bascom (2008) (Marion), Rockwood, Joanne Bascom, Guelph, and Ronald Bascom (James), Vancouver. Much loved niece of Ruth Nichols, Markham. She will also be greatly missed by her extended family of cousins, nephews, nieces and their young families.

Brenda graduated from the Victoria Hospital School of Nursing, London, in 1967. Her early years as a nurse were adventurous as she worked in northern Alberta, Australia and Saudi Arabia. She travelled extensively while working overseas, including in Afghanistan, Iran, India and Pakistan. Upon returning to Canada she nursed in Vancouver before settling in Kelowna, where she established herself at the Kelowna General Hospital and stayed until her retirement. As a nurse, Brenda was greatly respected and liked by her colleagues and patients for her forthright but gentle approach, her compassion, her honesty and her work ethic. She maintained contact with her nursing friends throughout her career and retirement, and she will be profoundly missed by them.

She became a western Canadian snowbird and wintered in Mesa, Arizona during vacations and then for whole winters until 2018. She moved to Guelph in 2011 so she could be closer to her family.

Brenda was a keen, talented, and competitive bridge player who played the game with joy and intensity. She made many friends at the bridge table.

She took up golf when she retired and says she enjoyed the social aspect of the game more than her “high scores”.

Brenda liked the new friends she had for 8 years in the VBA, Guelph, and appreciated all who supported her through the last stages of her illness.

A Celebration of Life will be held in the Village Centre (33 Village Green Drive) of the Village by the Arboretum in Guelph on Saturday, June 15, 2019 from 2 to 4 p.m.
Read Less

We encourage you to share your most beloved memories of Ms. Brenda Bascom here, so that the family and other loved ones can always see it. You can upload cherished photographs, or share your favorite stories, and can even comment on those shared by others.

Posted Jun 10, 2019 at 05:28pm
I am deeply saddened to learn of Brenda’s passing. I am a relatively new friend of Brenda’s having met her at the Guelph Bridge Club. She will be greatly missed by all who knew her!

Posted Jun 08, 2019 at 10:29am
I was so saddened to learn that Brenda had passed away. It was a pleasure to get to know my cousin after she moved to the VBA even though we only had a short time before I moved away. We had lots of fun times in the Billiard Room playing snooker with the ladies.
My thoughts are with Joanne and her family and all of Brenda's dear friends. She will be missed by so many people.
In deepest sympathy, Ellen
Comment Share
Share via: 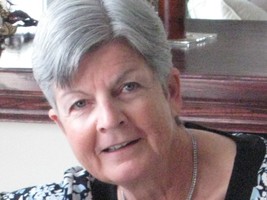