To share your memory on the wall of Mrs. Canadina "Candy" Grohs, sign in using one of the following options:

Provide comfort for the family by sending flowers or planting a tree in memory of Mrs. Canadina "Candy" Grohs.

Provide comfort for the family of Mrs. Canadina "Candy" Grohs with a meaningful gesture of sympathy.

Passed away at the Guelph General Hospital on Monday, August 5, 2019. Canadina (nee Toneguzzo) Grohs, in her 95th year, was the beloved wife of the late George Grohs (1959). She was the loving mother of Bria... Read More
GROHS, Canadina (Candy) Ann

Passed away at the Guelph General Hospital on Monday, August 5, 2019. Canadina (nee Toneguzzo) Grohs, in her 95th year, was the beloved wife of the late George Grohs (1959). She was the loving mother of Brian (Brenda) Grohs and the proud grandmother of Brittany and Kirsten. Candy was the dear sister of Linda Gallina (late Fred) and she was predeceased by her sibling and their spouses Onorino Toneguzzo (Evelyn), Cleofe Bourdon ( Elmer) and Bruno Toneguzzo (Ruby). Candy is survived by many nieces, nephews and cousins.

Canadina was born in Guelph, Ontario on December 15, 1924. Her parents, Antonio and Maria Toneguzzo, named the first of their family born in Canada after the new country that they decided to call home. Canadina’s name was shortened to Candy.

Friends are invited to meet with the family at the Gilbert MacIntyre & Son Funeral Home, Dublin Chapel, 252 Dublin St. N., Guelph, on Thursday, August 8, 2019 from 9 – 11 a.m. A Funeral Service will be held at the funeral home at 11 a.m. Interment, Marymount Cemetery, Guelph. As expressions of sympathy, donations to Heart and Stroke Foundation of Ontario would be appreciated by the family. Cards are available at the funeral home (519-822-4731) and condolences may be sent to www.gilbertmacintyreandson.com 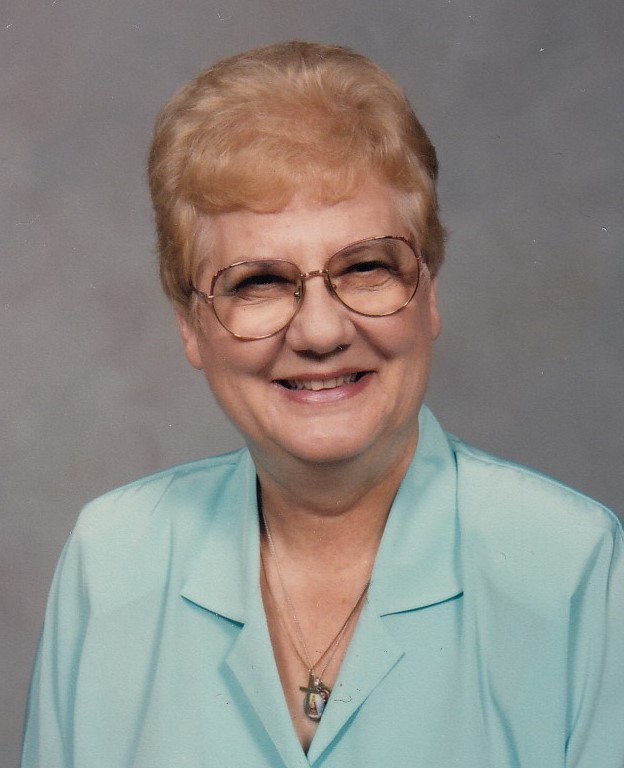 We encourage you to share any memorable photos or stories about Mrs. Canadina "Candy" Grohs. All tributes placed on and purchased through this memorial website will remain on in perpetuity for generations.

Linda and Family, and Brian and Family, I would like to express my condolences on the loss of Candy. My mom used to speak of her often. I gather that she was quite a good seamstress as she sewed my mother's wedding gown. Nancy Lamont (Louise Preston's daughter)
Comment | Share Posted Aug 10, 2019 at 10:28pm via Condolence
AN

Brian, we are so sorry to hear of your mom’s sudden passing. We enjoyed our visit with the two of you a couple of weeks ago.

Thinking of you all and send sincere condolences.
Brad and Janice Chalmers
Comment | Share Posted Aug 07, 2019 at 06:43pm via Condolence
LP

Our sympathies from Louise (Zadro) and Mark Preston and Family (cousin)
Comment | Share Posted Aug 07, 2019 at 04:34pm via Condolence
AF

Our warmest condolences to you and your family.