To share your memory on the wall of Chester Janicki, sign in using one of the following options:

Born in Omelanka, Poland to Józef and Rozalia Janicki, Chester was one of five children (Kazimiera, Konstanty, Stanislaw and Stefan). At the start of WWII, his family, because his father was a game warden and educated, was taken in the middle of the night by cattle car to Siberia. On the basis of the Polish-Soviet agreement of 1941, he was transferred to Iran and then to Palestine. Chester was hospitalized with Typhoid fever and on release joined the Polish Forces under British Command in Cairo, Egypt. He served in the Middle East and in Italy until the end of the war when he was honourably discharged. Post war he was sent to Canada. He would often tell the story that on arrival he did not have even five cents in his pocket, he had to swear allegiance to the Queen, promise that he would be the first to go and defend Canada should a war erupt and work on a farm for two years. He was sent to a farm in Rockwood and after came to make his home in Guelph. He met his wife Elvira while working in Guelph and together they built a home and family.

Chester’s biggest love was his devotion to family. He was also a talented gardener, loved cultural traditions and animals, had a wonderful sense of humour, could fix most things and enjoyed being in the kitchen. Chester spoke Polish, Russian, Italian and English.

In lieu of flowers, as expressions of sympathy, donations can be made to Hospice Wellington or Guelph Humane Society.
Read Less

Receive notifications about information and event scheduling for Chester

Donations are being accepted for:
HOSPICE WELLINGTON THE GUELPH HUMANE SOCIETY INCORPORATED

We encourage you to share your most beloved memories of Chester here, so that the family and other loved ones can always see it. You can upload cherished photographs, or share your favorite stories, and can even comment on those shared by others.

Posted Mar 13, 2020 at 11:44am
Dear Mrs. Janicki and Gloria.
I am so sorry to read of the passing of your husband and father.
Take care.
Dennis Poloniato
Comment Share
Share via:
LV

Posted Mar 12, 2020 at 09:08pm
Rich, my condolences to you, Gloria and your mother. John Martin and I were just talking about you a few weeks ago. And an old First communion photo of us all! Unfortunately I am out of town and will be unable to attend the service. God bless your dad.
Larry Vettor
Comment Share
Share via:
KD

Posted Mar 12, 2020 at 01:35pm
Our family sends you our thoughts and prayers at this time. Mr. Janicki was a wonderful man and he will be missed by all.
Cynthia, Ken, L:auren, Heather and Craig Dool.
Comment Share
Share via:
R

Posted Mar 12, 2020 at 10:14am
It was amazing to read of Chester’s valiant journey. I remember him as a kind gentleman, supportive of his family and proud of his home and garden. He was ever welcoming to me and my daughters and we have many fond memories.
Vera, Gloria, Richard and all family members, be assured of my warm and caring thoughts and prayers as you mourn your loss.
Romana 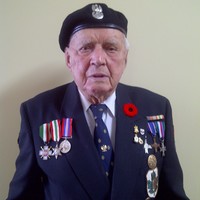 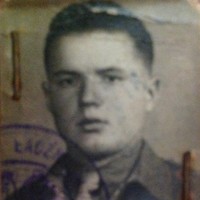