To share your memory on the wall of Don Schmidt, sign in using one of the following options:

Don was born and raised in Guelph, meeting his beloved wife, Dana, through family friends. Don began courting Dana with drives home after her night shifts at the hospital and together they forged a bond that lasted over 54 years. He worked for many years at Kearney National with coworkers that became family. In the latter part of his career, he added to that family in his role at Bel-Volt. He was well known within the hydro-electric industry, not only for his experience and professionalism, but also his ready smile, being quick with a joke, and always being there to listen and lend a hand to others. His love for the outdoors and sports knew few bounds. Hunting, fishing, camping, skiing, bowling, tennis, baseball, and running were but a few of the pursuits he took up with ease and success, but his passion was golf. Don was a long-standing member at Cambridge Golf Course and the outpouring of love from the golfing community has been of immense comfort to him. On the golf course is where he was happiest, and even more so if Dana was playing the round with him.

Don battled against a progressive muscular disease the past 6 years which robbed him of the ability to engage in his favourite pursuits and he ultimately chose to undergo MAID. The support, love and kind words that his family and friends provided him in the last weeks of his life were beyond measure and comforted and touched him deeply. The online Masters Event to celebrate Don filled his heart full. How perfect that his last Sunday was spent watching the Masters, surrounded by “the love train.” The family extends their heartfelt thanks to all who called, visited, and expressed their love for Don. To know he was so loved has helped ease their grief.

The family would also like to extend their sincere gratitude to Don’s doctors, Dr. Jennifer Caspers for her care and compassion through the course of Don’s disease, and to Dr. Tara Somerville, who’s gentle and compassionate ways provided much comfort to Don and Dana in these last days.

In accordance with Don’s wishes, cremation has taken place and the family will gather for a private ceremony at Marymount Mausoleum at a later date.

As expressions of sympathy donations in Don’s memory may be made to the Parkinson’s Society of Canada or to the Heart and Stroke Foundation. Online donations and condolences can be made at www.gilbertmacintyreandson.com
Read Less

Receive notifications about information and event scheduling for Don Schmidt

We encourage you to share your most beloved memories of Don Schmidt here, so that the family and other loved ones can always see it. You can upload cherished photographs, or share your favorite stories, and can even comment on those shared by others.

Posted Nov 21, 2020 at 02:17pm
Dear Dana & family,
Our sincere condolence to you on the passing of Don. Thoughts & prayers
are sent to you at this sad time. Cherish your memories and hold them close
to your heart. He will be missed by family & friends. May he Rest In Peace.
Allan & Rosemary Beange- Goderich, Ont.
Comment Share
Share via:
LS

Thank you for your kindness, Rosemary & Allan - we are so fortunate to have been able to share so many fond memories with him in his final days and we will continue to hold them close. Sincerely, Dana and Lynn
K

Posted Nov 18, 2020 at 12:06pm
Dear Dana and family. My thoughts and prayers are with you today. Don was special with his smile, his jokes and his intelligent conversations. I will miss seeing that but will always remember him sitting in Jim and Cheryl’s kitchen sharing a good story. God Bless him and may he rest in peace
Comment Share
Share via:
LS

Thank you so much, Kate - Laura and I were commenting how we remember (as very very small kids) falling asleep under the table to the sounds of kitchen table chatter! We appreciate these happy memories! Sincerely, Dana and Lynn
D

Posted Nov 18, 2020 at 09:10am
To Dana and family. Sorry about your loss. If I remember correctly, Dana and Don met at 6 St. Andrew St. The Letson household. Dana,a cousin and Don, a friend living on the same street. God bless you during this difficult time. Dianne & Tony Rovers
Comment Share
Share via:
LS

Dianne and Tony, thank you for these memories! You are exactly correct - my dad and Rob were friends (my mom shared the story of their meeting through Rob!) Thank you for your kind words and happy memories. Sincerely, Dana and Lynn
LS

Dianne and Tony, thank you for these memories! You are exactly correct - my dad and Rob were friends (my mom shared the story of their meeting through Rob!) Thank you for your kind words and happy memories. Sincerely, Dana and Lynn
HP

Posted Nov 17, 2020 at 10:34pm
Dana and family
I just read about your husband, father and grandfathers passing. While I did not know this man personally I wish to express my condolences to you and yours at this difficult time.
Sincerely
Helen Pratt
Former coworker of Dana
Comment Share
Share via:
LS

Helen, thank you, for your kindness. Sincerely, Dana and Lynn
BM

Posted Nov 17, 2020 at 01:38pm
Don was a very classy man. I had the pleasure of playing in a foursome with him on several occasions during our Friday senior days at Cambridge golf course.Not only was he the best golfer during those games but he always offered encouragement to those of us who were not as talented,even in the last days that he was able to join us due to his not feeling his best.He will be missed.Rest in peace Don.You deserve it. Respectfully;Bob Mitchell,Cambridge.
Comment Share
Share via:
LS

Thank you so much, for these lovely memories, Bob. My mom and I appreciate it a great deal - he will always be our favourite person to play a round of golf with for exactly this lovely encouraging way he had about him. Sincerely, Dana and Lynn 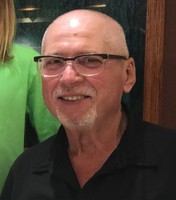