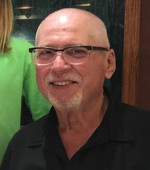 Schmidt, Donald George “Don” - It is with profound sadness that we announce the passing of Don on Monday, November 16, 2020 in his 74th year. Don was the beloved husband and best friend of Dana Schmidt (nee Heffernan). Loving and devoted father of Lynn Schmidt (Trevor Unruh) and very proud Papa of Ainslie Unruh and Nathan Unruh. Predeceased by his parents Francis (Frank) and Edna (nee Avery) Schmidt, his parents in-law Edward (Ted) and Marjorie Heffernan and his treasured sister Marlene Beck (2019). Don is survived by his cherished siblings and in-laws: James (Cheryl) Schmidt, Susan (David) Sutcliffe, Elizabeth (Terry) Brown, Jeanne (Steve) Connell of Red Deer, Alberta and Jeffrey (Josephine) Schmidt and brother in-law Patrick Beck. He is also mourned by Dana’s family, Sharleen (Gordon) Field and Mary Lynn (Ralph) Groen. He will be fondly remembered by many nieces, nephews, extended family and friends.

Don was born and raised in Guelph, meeting his beloved wife, Dana, through family friends. Don began courting Dana with drives home after her night shifts at the hospital and together they forged a bond that lasted over 54 years. He worked for many years at Kearney National with coworkers that became family. In the latter part of his career, he added to that family in his role at Bel-Volt. He was well known within the hydro-electric industry, not only for his experience and professionalism, but also his ready smile, being quick with a joke, and always being there to listen and lend a hand to others. His love for the outdoors and sports knew few bounds. Hunting, fishing, camping, skiing, bowling, tennis, baseball, and running were but a few of the pursuits he took up with ease and success, but his passion was golf. Don was a long-standing member at Cambridge Golf Course and the outpouring of love from the golfing community has been of immense comfort to him. On the golf course is where he was happiest, and even more so if Dana was playing the round with him.

Don battled against a progressive muscular disease the past 6 years which robbed him of the ability to engage in his favourite pursuits and he ultimately chose to undergo MAID. The support, love and kind words that his family and friends provided him in the last weeks of his life were beyond measure and comforted and touched him deeply. The online Masters Event to celebrate Don filled his heart full. How perfect that his last Sunday was spent watching the Masters, surrounded by “the love train.” The family extends their heartfelt thanks to all who called, visited, and expressed their love for Don. To know he was so loved has helped ease their grief.

The family would also like to extend their sincere gratitude to Don’s doctors, Dr. Jennifer Caspers for her care and compassion through the course of Don’s disease, and to Dr. Tara Somerville, who’s gentle and compassionate ways provided much comfort to Don and Dana in these last days.

In accordance with Don’s wishes, cremation has taken place and the family will gather for a private ceremony at Marymount Mausoleum at a later date.

As expressions of sympathy donations in Don’s memory may be made to the Parkinson’s Society of Canada or to the Heart and Stroke Foundation. Online donations and condolences can be made at www.gilbertmacintyreandson.com