To share your memory on the wall of Mr. Don Stahlbaum, sign in using one of the following options:

Provide comfort for the family of Mr. Don Stahlbaum with a meaningful gesture of sympathy.

Friends are invited to a Memorial Service at the Dublin Chapel, Gilbert MacIntyre & Son Funeral Home, 252 Dublin St. N., Guelph, on Thursday, June 13, 2019 at 1 p.m. Interment of Donald’s ashes will take place at Woodlawn Memorial Park, Guelph at a later date. ln memory of Don, a donation can be made to Parkinson Canada, or to the Saugeen Memorial Hospital,
Southampton, which would be appreciated by the family. Cards are available at the funeral home (519-822-4731) and condolences may be sent to www.gilbertmacintyreandson.com
Read Less

We encourage you to share your most beloved memories of Mr. Don Stahlbaum here, so that the family and other loved ones can always see it. You can upload cherished photographs, or share your favorite stories, and can even comment on those shared by others.

Posted Jun 14, 2019 at 04:31pm
Hello Mrs. Stahlbaum, Laurie, Janet, Tammie, and Joe. I am so sorry for your loss and the fact that I missed the notice in the paper by one day. I would have loved to reach out to each one of you. You all, including your dad, give me fond memories when I think of our childhood back on Hayes Ave. My mom and dad were away when the noticed arrived of your deep loss. So Sorry. He was a fun man and tried to keep you kids in line (haha). Everyone had so many kids back then how could they possibly. I miss you all especially Janet, as you were the closest to age to me. Your were a wonderful friend and I hope you are all doing well. Love, hugs, tears and best wishes. Marion MacRae (Cordes).
Comment Share
Share via: 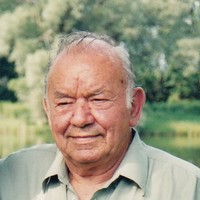