To share your memory on the wall of Mr. Doug Shaw, sign in using one of the following options:

Provide comfort for the family by sending flowers or planting a tree in memory of Mr. Doug Shaw

Provide comfort for the family of Mr. Doug Shaw with a meaningful gesture of sympathy.

It is with great sadness that we announce the passing of Douglas Shaw on January 19, 2020 at age 81, after a 6 month battle with melanoma. Doug was predeceased by his beloved wife Peggy Shaw. He was a loving father ... Read More
SHAW, Douglas Corbett

It is with great sadness that we announce the passing of Douglas Shaw on January 19, 2020 at age 81, after a 6 month battle with melanoma. Doug was predeceased by his beloved wife Peggy Shaw. He was a loving father and will be dearly missed by his son Douglas Jeffrey Shaw. “Gramps” also has a special place in the hearts of Galen, Alyssa, Noah, Lana, Madeleine, Craig & Yuriko and Vanessa & Oliver. Doug was predeceased by his parents Charles Augustus Shaw and Ida Corbett Shaw, his brother Charles Maxwell (Buddy) Shaw, and his son Mark Shaw. Doug is survived by his daughters Geri, Jennifer, Lauri and Kristi.

Doug was a man of devout faith and was an active member at St. George’s Anglican Church. He had a legendary passion for baseball and his beloved Detroit Tigers. Doug was also passionate about preserving the environment and renewable energy, setting a great example as an early adopter of solar panels and electric vehicles. Doug was a strong-willed, honest, pragmatic, humorous, kind and loving man. He will be greatly missed by all who knew and loved him.

Cremation has taken place. A service for Doug will be held at the St. George’s Anglican Church, 99 Woolwich Street, Guelph on Thursday, January 23, 2020 at 2p.m., with visitation from 1-2p.m. In lieu of flowers, memorial donations can be made to St. George’s Anglican Church or to plant a tree through alivingtribute.ca. Online donations and condolences can be made at www.gilbertmacintyreandson.com.
Read Less

Donations are being accepted for: ST. GEORGE'S CHURCH.

We encourage you to share your most beloved memories of Mr. Doug Shaw here, so that the family and other loved ones can always see it. You can upload cherished photographs, or share your favorite stories, and can even comment on those shared by others.

Posted Jan 21, 2020 at 09:47am
Please accept our deepest condolences in Doug’s recent passing. We had been to see him several times in the past few months, and sadly watched a steady decline. Melanoma is a terrible disease. Unfortunately, we are not able to come to the funeral as we are out of the country, but rest assured you all will be in our thoughts.
Comment Share
Share via: 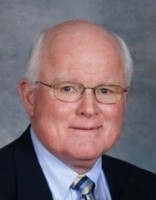