To share your memory on the wall of Edmund Sharratt, sign in using one of the following options:

Passed away peacefully, surrounded by his family at the Guelph General Hospital on Tuesday, March 9, 2021. Edmund Sharratt, in his 85th year, was the beloved husband of Phyllis (Borges) Sharratt for 62 yea... Read More
Sharratt, Edmund Joseph Stephen

Passed away peacefully, surrounded by his family at the Guelph General Hospital on Tuesday, March 9, 2021. Edmund Sharratt, in his 85th year, was the beloved husband of Phyllis (Borges) Sharratt for 62 years. He was the loving father of Paul Sharratt and his wife Bonnie, Martin Sharratt and his wife Rita, Jennifer Sharratt, Theresa Sharratt, Belinda Sharratt and late Mary Sharratt (2008). Edmund was the proud grandfather of Nicholas (Marisa), Chris (Jenn), Kyle (Allison), and Jacob. Survived by his sister Clare Burke. Predeceased by 3 brothers and 2 sisters.

Ed, Edmund, Dad & Grandad… he was proud to say that he was a Royal Marine veteran and that they were the strongest fighting men of them all. As a child, he lived through the bombing of Britain and he always sought to build instead of destroy. He was an early convert to the digital world working in the computer field his entire life. He defied a single profession and instead was a programmer, system architect and designer, consultant, and later a professor. He was always eager to share his knowledge and enjoyed watching the success of his many students, friends, and family. Ever the Northerner, he spoke often of his childhood in Northumbria and was known to have the occasional Newcastle Brown Ale when not having a Sunday afternoon Sherry.

He will be missed by all who knew and loved him.

Resting at Gilbert MacIntyre and Son Funeral Home, Dublin Chapel, 252 Dublin St N, Guelph, where the family will receive their friends on Friday, March 12, 2021 from 7-9pm. A Funeral Mass will take place at St. Joseph’s Church, 409 Paisley Rd, Guelph, on Saturday, March 13, 2021 at 10 a.m. Interment at Marymount Cemetery, Guelph. Due to COVID-19 protocols, guests must RSVP their attendance at the visitation and the Mass on the funeral home website. As expressions of sympathy, donations to the Heart and Stroke Foundation or the Canadian Cancer Society would be appreciated by the family. Donation cards are available at the funeral home (519-822-4731), or online at www.gilbertmacintyreandson.com.
Read Less

Receive notifications about information and event scheduling for Edmund

We encourage you to share your most beloved memories of Edmund here, so that the family and other loved ones can always see it. You can upload cherished photographs, or share your favorite stories, and can even comment on those shared by others.

Jeanine Gosselin, Your Team @Home Hardware, and other have sent flowers to the family of Edmund Joseph Stephen Sharratt.
Show you care by sending flowers

3 trees were planted in the memory of Edmund Sharratt

Posted Mar 17, 2021 at 08:46pm
I am so sorry to hear that the world, and particularly your family, has lost such a wonderful man. I met Ed many, many years ago. I was teaching summer school and it was my great joy to witness little miracles with Ed's precious daughter. It was a greater joy to see the tears well up in Ed's eyes as he witnessed great signs of hope. Ed was so compassionate and loving and oh so grateful all the time. Such a happy man. I am sorry for all that you have lost . Many blessing to all of you.
With my love, Lynn Kraemer
Comment Share
Share via:
MS

Thank you for sharing...
BH

Posted Mar 13, 2021 at 11:55am
Sorry for your loss everyone. Other than working with Ed's son Paul for years, I remember Ed from Conestoga College when I was asked to judge his class's Application Projects. He will be missed by many. Brent Horst
Comment Share
Share via:
JF

Jeanine Gosselin purchased the Large Basket Garden and planted a memorial tree for the family of Edmund Sharratt. Send Flowers 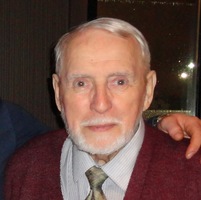 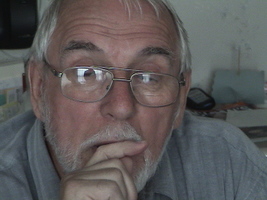 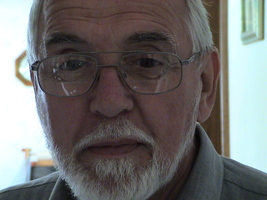