To share your memory on the wall of Mrs. Enrica Maggiolo, sign in using one of the following options:

Provide comfort for the family by sending flowers or planting a tree in memory of Mrs. Enrica Maggiolo.

Provide comfort for the family of Mrs. Enrica Maggiolo with a meaningful gesture of sympathy.

Enrica was born in Casacorba di Vedelago, Italia, on January 6, 1928. As the eldest child of Antonio an... Read More
MAGGIOLO, Enrica - Our treasured mamma, suocera, nonna and bisnonna, Enrica Maggiolo, died in the early morning hours of May 2, 2019.

Enrica was born in Casacorba di Vedelago, Italia, on January 6, 1928. As the eldest child of Antonio and Chiara Trento, she was given responsibility for the well-being of her siblings and extended family members. At an early age, she caught the attention of Ettore and as was expected at the time, she spent two years working in Switzerland in order to buy her dowry.
Ettore and Enrica were married in November, 1950 and came to Canada with their two daughters, Alida and Lelia, in 1959. They made their home in Guelph. A hard-working woman with an abiding commitment to her family, Enrica devoted her time to all things domestic while maintaining her job at John Rennie Ltd.

She welcomed with an open heart her two sons-in-law, Renzo Porcellato and Darrell Tucker, and was overjoyed by her beloved grandchildren Mirko, Simone, Rebecca and Emily. When Mirko and Simone married, she opened her arms to Sarah and Lisa, their spouses. Bisnonna was no less proud of her five great grandchildren Jack, Hayden, Paige, Violet and Finn.

Enrica was 56 when Ettore died. She maintained the home that she and Ettore
had built for the next 30 years on her own. Mamma was always available for her family. She passionately believed in the power of food. She often said that the only way to know there was enough food was if there were leftovers. She had strong hugs and big kisses, especially for the little ones. Her embrace was felt long after she let go.

Friends are invited to meet with the family at Gilbert MacIntyre & Son Funeral Home, Dublin Chapel, 252 Dublin Street, Guelph, on Sunday, May 5, 2019 from 2 - 4 and 7 - 9 p.m. A Vigil for Enrica will be held at the funeral home on Sunday at 8 p.m. The Funeral Mass will be celebrated at St. John's Church, 45 Victoria Road North, Guelph, on Monday, May 6, 2019 at 10:30 a.m. Entombment at Marymount Cemetery, Guelph. In lieu of flowers, donations can be made to St. Joseph's Health Centre or the charity of your choice.

To honour Enrica, please share a meal with your family or loved ones and toast to their health and happiness by having a "biccerin". 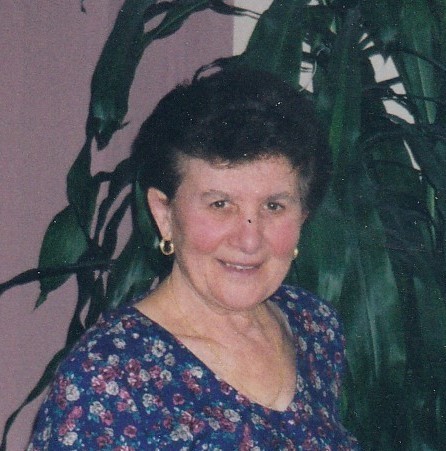 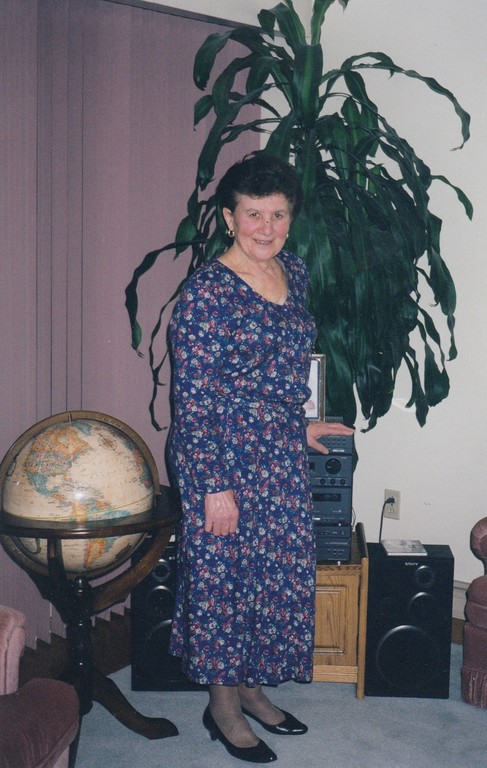 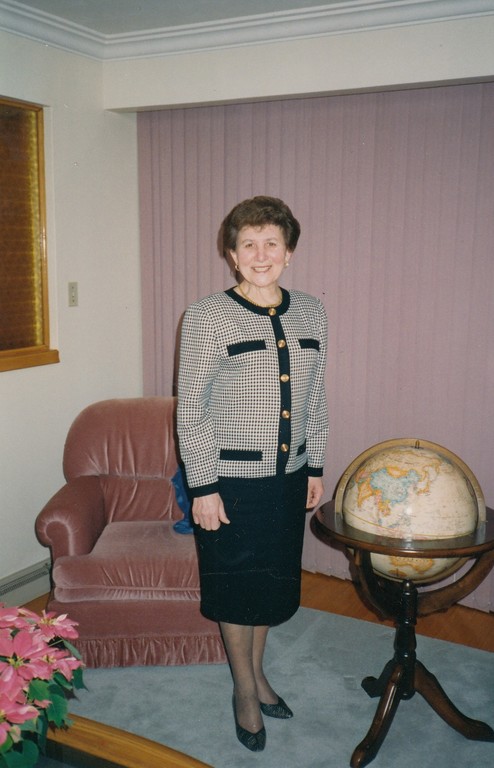 Donations are being accepted for: St. Joseph's Health Centre Foundation.

We encourage you to share any memorable photos or stories about Mrs. Enrica Maggiolo. All tributes placed on and purchased through this memorial website will remain on in perpetuity for generations.

Dear Alida, Renzo and Families, it is with my deepest regret to have learned of the passing of your dear Mother Enrica. I have known her from when I was a young girl and she was always such a loving lady, always a smile an gentle greeting. She will be truly missed by all the family but also friends who came to know her as the caring person she was. It is with regret I was not able to attend the visitation or the funeral due to illness but my prayers and thoughts are with you all.
Lovingly remembered, Sandra Pobega
Comment | Share Posted May 09, 2019 at 12:24am via Condolence
JM

Alida, Lelia and families, Chuck and I send you our condolences on the passing of your mom. What a beautiful obituary! Oh those hugs! And her kisses!! I always knew what I was in for when I saw her coming towards me. I had to brace myself so I wouldn’t get knocked down. I know the end is waiting for us all but it’s still hard to know she won’t be at my mom & dad’s having an espresso anymore when I drop in. What a woman! Loved her 💕
Comment | Share Posted May 04, 2019 at 02:28pm via Condolence