To share your memory on the wall of Gail Guidolin, sign in using one of the following options:

Provide comfort for the family of Gail Guidolin with a meaningful gesture of sympathy.

Passed away at the Guelph General Hospital on Friday, February 22, 2019. Gail P. (nee Rice), in her 77th year, was the beloved wife of Gerald (Jerry) Guidolin. She was the dear mother of Christine Dawkins, Scott... Read More
GUIDOLIN, Gail Patricia

Passed away at the Guelph General Hospital on Friday, February 22, 2019. Gail P. (nee Rice), in her 77th year, was the beloved wife of Gerald (Jerry) Guidolin. She was the dear mother of Christine Dawkins, Scott (Elizabeth) Guidolin, Kelly Barton and Shaun (Lisa) Guidolin. Gail was the loving grandma of Hayley, Thomas, Grace, Joshua and William. She was the dear
sister of Judy (Harold) Keelan, Wayne (Peggy) Rice, Michael (Lenore) Rice and Doug (Julie) Rice. Gail was the loved sister-in-law of Bianca Maschio, George and Linda Guidolin, Eileen Rice, the late Melva Zacher and the late Aldo and Phyllis Guidolin, She was also loved by many nieces and nephews. Gail was a registered nurse at St. Joseph's Hospital, Guelph for many years, retiring in 2001. She was a member of IBEW Local 804 Retirees Club.

Friends are invited to meet with the family at the Gilbert MacIntyre & Son Funeral Home, Dublin Chapel, 252 Dublin St. N., Guelph, on Wednesday, February 27, 2019 from 2-4 and 7-9 p.m. A Vigil for Gail will be held at the funeral home on Wednesday at 8:45 p.m. The Funeral Mass will be celebrated at St. Joseph's Church, 409 Paisley Rd., Guelph on Thursday, February 28, 2019 at 10:30 a.m. Gail's cremated remains will be entombed at Our Lady Immaculate Mausoleum, Marymount Cemetery, Guelph. As expressions of sympathy, donations St. Joseph's Health Care Foundation would be appreciated by the family. Cards are available at the funeral home (519-822-4731) and condolences may be sent to www.gilbertmacintyreandson.com
Read Less

Receive notifications about information and event scheduling for Gail

Donations are being accepted for: St. Joseph's Health Centre Foundation.

We encourage you to share your most beloved memories of Gail here, so that the family and other loved ones can always see it. You can upload cherished photographs, or share your favorite stories, and can even comment on those shared by others.

The Eldorado Team, Olga & Vasil Svistoun, and others have sent flowers to the family of Gail Patricia Guidolin (Rice).
Show you care by sending flowers

george and sharon and anne carere

Posted Mar 01, 2019 at 01:45pm
Thoughts and prayers for the family. Although it has been many years since I've seen Gail, she will fondly be remembered as my Tupperware mom.
Comment Share
Share via:
PB

Posted Feb 28, 2019 at 03:28pm
Dear Jerry, Scott and family,
We are very sorry to hear of Gail's passing. Our sincere condolences to you, our thoughts and prayers are with you during this difficult time. Paul Brydges and Family
Comment Share
Share via:
RF

Posted Feb 27, 2019 at 08:45pm
Dear Gerry & Family.
Our thoughts and prayers are with you during this time of sorrow. Sending our sincere condolences,
Ron & Sue Ferraro & Family
Comment Share
Share via:
JR 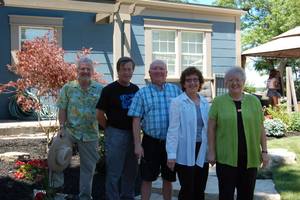 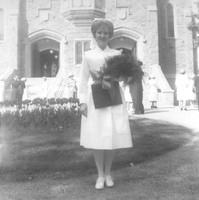