To share your memory on the wall of Miss Ida Mary Chaloner, sign in using one of the following options:

Provide comfort for the family of Miss Ida Mary Chaloner with a meaningful gesture of sympathy.

Born in Gilbert Plains, Manitoba to Alfred M. Chaloner and Kate Louise Chaloner. Father was born in Mount Forest, Ontario and mother was born in Birmingham, England. Family moved to Burlington in 1929. After attending Burlington High School, Ida served in the Women’s Royal Canadian Naval Service during WWII and she was one of the last Canadian Wrens. She graduated from the Ontario College of Art in 1950. After working at J. Walter Thompson for several years, Ida joined the family’s operation of Pow Wow Point Lodge, Huntsville, Ontario from 1955-1969. Her final years were working at the University of Guelph until she retired and became active in the arts community. Predeceased by younger sister, Dorothy Owen, in 2016. Lovingly remembered by brother Richard Chaloner and his wife, Norah (McCleary) and their families: David and Gaddah and family, Peter and Cindy and family and nephew, (son of Dorothy) Charles Owen and family. Special thanks for loving care from her dear friend Marg Dunlop and staff at Riverside Glen.
Read Less

We encourage you to share your most beloved memories of Miss Ida Mary Chaloner here, so that the family and other loved ones can always see it. You can upload cherished photographs, or share your favorite stories, and can even comment on those shared by others. 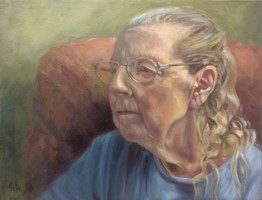