To share your memory on the wall of Jay Strom, sign in using one of the following options:

Jay suffered many years and finally decided it was time and he passed with advanced lung disease (C... Read More
SEE THE BOTTOM OF THIS OBITUARY FOR SERVICE AND VISITATION INFORMATION

Jay suffered many years and finally decided it was time and he passed with advanced lung disease (COPD) on Friday, October 23, 2020.

Jay was born and grew up in Worthington, Minnesota on a hog, beef, soybean and corn farm. He learned early hard work, joy of farming, management of money and was surrounded by extended family with a warm rural church community. He and his wife brought this experience to Guelph, Canada in 1972, where he died last week as the patriarch of Strom's Farm & Bakery.

Education was encouraged by his mother. He attended the University of Minnesota and Purdue University to complete his under-graduate and post-graduate (masters and doctorate) degrees respectively in agriculture. His life’s work in Farm Economics formed his passion from this point forward – he wanted to make farming better.

Between his university years, he was called to the US military draft system (service would likely have been in Vietnam). He chose to take the route of registering as a Conscientious Objector and was accepted by the US government to replace his military service with volunteering in a service program of the Church of the Brethren. He was trained in Maryland (USA) and this is where he met Margaret. After this training, Jay served 2 years in Poland in an agricultural exchange program, working in agriculture programs and promoting good will between the US and Poland – a program put in place after World War II.

Jay and Marg together had an eye on international opportunities and they went together to spend 2 years in Buenos Aires, Argentina. Jay worked within an agriculture program encouraging and improving local farming practices. Language was never Jay’s forte, but he learned enough Spanish to work within the agricultural community and help teach courses in Buenos Aires.

Jay returned with Marg to Purdue (Lafayette, Indiana, USA) to complete his PhD in Farm Economics. He wrote a FORTRAN program to predict the probability of fertility in sows (from then on, his family called him a “Pig Psychologist” but never actually read his dissertation). Channing was born (1969) in Lafayette.

In his first professional job, Jay was recruited to Guelph, Ontario, Canada (1972) to work for the Federal Government in a federal program called CanFarm. At the time, there was a shortage of doctorate level professionals in agriculture and even fewer that had the advanced programming skills that Jay had gained. Eric (1972) and Ryan (1974) were born in the same hospital in which Jay died (the Guelph General).
As Jay’s career progressed, he continued his life’s work in Farm Economics and teaching farmers how to keep their businesses viable. He later worked for the Ontario Provincial Government (Ontario Ministry of Agriculture, Food and Rural Affairs - OMAFRA) doing similar work until he retired in 1997.

During his life in Ontario, Jay found a church dear to his heart with the Wanner Mennonite Church community in Cambridge, Ontario (1980). Marg and Jay raised their 3 sons in this small church environment. Jay enjoyed the small group settings and contributed to the Mennonite community through the Mennonite Economic Development Associates through being a member and providing financial support (www.meda.org).

In 1972, after arriving in Canada and first living for 6 months in the City of Guelph, Jay just had to find a farm. After transitioning through another rural house, Jay and Marg found their long-time home at a stone farmhouse built in 1856 on 20+ acres of land. After installing power, phone and running water (and everything else inside the stone walls), it is here that they built the Strom’s Sweet Corn business. Corn was always something very special and dear to Jay’s taste buds from his Minnesota childhood.

The business started in 1978 with two key principals that continue to this day: Corn had to be fresh; and if YOU didn’t want one of those cobs, why would anyone else? (leading to pre-bagged dozens with 14 or more cobs). Marg largely managed the farm business, while Jay worked “fulltime” for OMAFRA (in Toronto, and later in Guelph again). This continued until Channing (the oldest son) and his wife Amy took over the business in 2003 and Marg and Jay moved to an adjacent property.

Jay very much loved the land, driving tractor, and being an opportunist whenever something interested him. The farm was an extension of his life’s work, and he made a point to hold the Strom’s Sweet Corn business out as an example to those he worked with. Topics of how to price a product, how to deal with customers to give them what they want (but not be ruled by them) and that anything with value needs to cost something. This led to many discussions around the table about pricing the Corn for the coming year – he pushed hard, and was always right: “A quality product DID need a quality price”. He pushed hard on pricing but never backed away from standing behind that with the things he sold.

Jay had plenty of energy for farming and would come home and farm from 6-10 p.m. (for many years after commuting home from Toronto). Saturdays and Sundays during the cold/winter seasons were spent preparing the business and the snow-free seasons were spent working the land. The income from the business helped supplement Marg and Jay’s growing family’s needs including their higher education and provided employment and learning for a young workforce from the Guelph area.

Recreation with his family included travel (often to US relatives), board games, making ice cream, camping/canoe tripping and anything else outdoors.

Retirement was another new exciting event in his life. He took up golf with a passion, just like he had done farming. Teaching and working alongside his 3 sons and his grandkids were his great joy.

He was a man of few words, but when he got “an idea in his head”, there was no stopping him. He’d surround himself with the latest information and technology and go for it – sometimes even in consultation with his wife! His sons (all Engineers) often called him a “frustrated engineer”. He understood how things worked (in mechanics and business) and paid attention to the world around him. Jay ensured that understanding and interest was instilled in his sons.

The service is a Private in person event, but all are welcome to join in online via Zoom-enter meeting at the appropriate time and you will be permitted in. November 2, 2020 10-12p.m. The link for Jay's celebration of life is https://zoom.us/j/5198221070

In lieu of flowers, memorial donations to MEDA (www.meda.org) or MCC (www.mcc.org) would be appreciated by the family
Read Less

Receive notifications about information and event scheduling for Jay Strom

We encourage you to share your most beloved memories of Jay Strom here, so that the family and other loved ones can always see it. You can upload cherished photographs, or share your favorite stories, and can even comment on those shared by others.

Posted Nov 02, 2020 at 10:13am
Jay's lifetime of more than four-score years was rich with educational, professional and humanitarian achievements which reflected his determination. But his legacy that will outlast all else is the creation and fostering, with Marg, of a loving, respectful and united family. May he be long remembered.

Posted Oct 29, 2020 at 06:51pm
The Stroms have been our neighbours in this small corner of Guelph-Eramosa Township since the early 1970s. We watched as they transformed a love for sweet corn into a very successful business. We join them in mourning the death of Jay. Dot and Terry Daynard
Comment Share
Share via:
HS

Posted Oct 27, 2020 at 08:54pm
Thinking of the Family at this difficult time. Amazing legacy to leave. John and Meghan Snyder

Flowers were purchased for the family of Jay Strom. Send Flowers

Posted Oct 27, 2020 at 05:55pm
Hello Marg Reta & Don are thinking of you and your family at this time. It has been a long time since we saw each other. Keep well. Reta & Don Raegele.
Comment Share
Share via:
HS

Flowers were purchased for the family of Jay Strom. Send Flowers 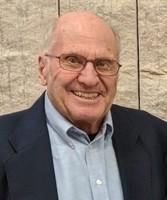 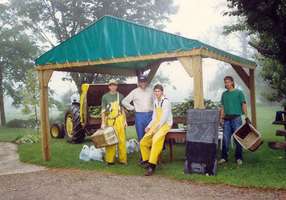 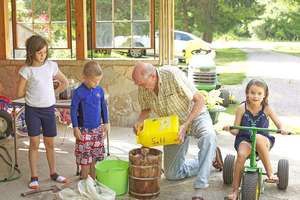 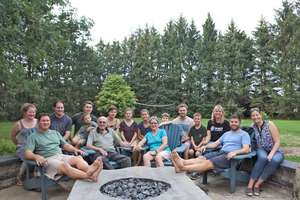