To share your memory on the wall of Jean Green, sign in using one of the following options:

Jean was born in England and came to Canada with her parents in 1923 and lived first in Winnipeg then later in Sudbury. She joined the Royal Canadian Airforce as an equipment assistant in 1942 and was stationed in Ottawa where she met her future husband Harold where he was stationed for advanced RCAF flight training. Shortly after meeting each other, Harold was transferred to England as a flight instructor and the couple corresponded by mail during WW2. In one of his letters there was an engagement ring asking if she would marry him…After returning from England in 1945 they got married and settled into the farming life on Harold’s family farm located between Elora and Fergus. In retirement they enjoyed many summers at their cottage in Sauble Beach, and winters travelling the world.

The family would like to thank Heritage River Retirement Home in Elora for their professionalism and outstanding care given to her over the last 2 years and the compassionate care of doctors, nurses and staff on the second floor of Groves Memorial Hospital for her last 10 days.

Cremation has taken place and a private graveside funeral service as a celebration of a life very well lived will be in Belsyde Cemetery, Fergus at a later date when family members can be present. As expressions of sympathy, donations to St. Andrew’s Presbyterian Church, Fergus or to the Salvation Army or a charity of your choice would be appreciated by the family. Donation cards are available at the Gilbert MacIntyre & Son Funeral Home, Dublin Chapel, 252 Dublin St. N., Guelph 519-822-4731 or online at www.gilbertmacintyreandson.com
Read Less

Receive notifications about information and event scheduling for Jean

Print
Private cremation has taken place with interment of ashes in Belsyde Cemetery, Fergus at a later date.

We encourage you to share your most beloved memories of Jean here, so that the family and other loved ones can always see it. You can upload cherished photographs, or share your favorite stories, and can even comment on those shared by others.

Posted Mar 31, 2021 at 05:33pm
Bill, Brian and Families. Our thoughts and prayers are with you at this most difficult time. Hold your memories close and they will always bring a smile to your heart.
Sincerely,
Ken and Pat ( Ritchie ) Cameron
Comment Share
Share via:
BG

Posted Mar 30, 2021 at 08:00am
Jean was a member of my Heritage River Family and I am very saddened by her passing. Jean was such a lovely woman, always smiling, always kind, and always offering words of wisdom. We shared many stories and many laughs Jean and I. On more than one occasion we did a duet of "It's a Long Way to Tipperary" as we walked along the hallway. I must confess I think Jean was the better singer! Just the remembrance brings a smile to my face, a lump to my throat and a tear to my eye. I was truly blessed to have gotten to know and love such an amazing woman. Sending my love and condolences to all of Jean's family and friends, and those who will feel her loss the most.

Posted Mar 26, 2021 at 08:35pm
Bill & Lynn and Brian & Marg and families - sorry to hear of your mom's passing. My condolences to you at this sad time. It's even harder in this Covid time as I can't pay my respects to you in person. She was a wonderful neighbour as I remember as a kid.
Helen Leitch (Fraser)
Comment Share
Share via:
BG

Posted Mar 25, 2021 at 02:20pm
We where honored to have known Jean, and Harold. Jean was a very quiet person but was a great listener. I learned many things from Jean. And she gave me very good advice when I asked. She always had the coffee on for us, . and was always helping someone .Jean will never be forgotten. and will be missed. Bill and Brian and families our thoughts and prayers will be with you. all. Jim and Vi Young.
Comment Share
Share via:
BG

Posted Mar 25, 2021 at 09:44am
Brian & Marg & family,
My thoughts and prayers are with you and your family. Your Mom lived a wonderful life.
Thinking of you
Jean Van Wyck
Comment Share
Share via:
BG 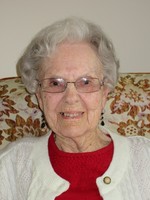