To share your memory on the wall of Jeffrey Tracy, sign in using one of the following options:

Provide comfort for the family of Jeffrey Tracy with a meaningful gesture of sympathy.

Jeffrey was a considerate husband, father, and grandparent. He was an avid reader and always ready and willing to assist anyone in need. He was considerate and generous. He will be severely missed by all who knew him. He enjoyed teaching his grandsons to play darts, billiards, and snooker and was always there to support all of his grandsons’ endeavors.

Jeffrey was the middle son of Percy and Doris Tracy of Hayes Middlesex England. Predeceased by his brother Dennis and survived by his brother Donald Tracy of Somerset England. Born in 1931, he was raised during the depression and the Second World War and served his 2 years National Service in the Khartoum and Sudan as a medical aid. He trained as a nurse at the West Middlesex Hospital in London and became a Registered Nurse at Quo Vadis School of Nursing in Toronto some years later. In between London and Toronto, Jeffrey had a successful sales career here in Canada. He later worked in downtown Toronto Public Health Service caring for the forgotten downtrodden men on the streets, helping them in any way he could.

Jeffrey raised his family by example and was always there for anyone who needed him. He was always a calming influence, wherever he went. His light will shine forever in our hearts. He had maintained contact with many friends and extended family around the world. Many thanks to Hospice Wellington and especially to Celia, who sang him to rest with the Beatles song, “Let It Be.”

Cremation has taken place and arrangements entrusted to Gilbert MacIntyre and Son Funeral Home, Hart Chapel. At request, there will be no funeral service. A family Celebration of Life may take place at a later date. As expressions of sympathy, please follow Jeffrey’s example by donating to your charity of choice. Donation cards are available at the funeral Home 519-821-5077 or online at www.gilbertmacintyreandson.com
Read Less

We encourage you to share your most beloved memories of Jeffrey here, so that the family and other loved ones can always see it. You can upload cherished photographs, or share your favorite stories, and can even comment on those shared by others.

Posted Feb 02, 2020 at 01:42pm
Pat and family, I'm sorry it's taken so long to send you a message. Jeff was a wonderful colleague and friend. Dale's and my favourite wedding picture that hangs on our living room wall was taken by him. I'll never forget the surprise I had at Vancouver's airport to be met by the two of you when I visited there for a conference in 1998. You were both so kind in looking after me and showing me White Rock. We enjoyed our visit in Morriston and having you here. Wish we'd done it more often. Please take care of yourself Pat and stay in touch. Ann and Dale Ward
Comment Share
Share via:
GD

We are so sorry for your loss. Jeff was a fabulous neighbour to us for many years on Tomlin Cres. His visits when he "popped over" brought smiles and chuckles. It was great to hear of his life experiences. We wish all the best for you and your family as you carry on.

Posted Jan 25, 2020 at 10:17pm
Our heartfelt condolences to Pat, Les and Mary Anne, grandsons Jeff, Bryan, Michael and Colin and families and friends. Jeff was a loyal and genuinely kind friend. He is deeply missed. Terry and I, and our children and their spouses, are ever grateful for the love and friendship that Jeff extended to our family. Together we shared many adventures (Collingwood, South Hampton (ON), Stratford, Ottawa) and celebrations (birthdays, weddings, anniversaries, Easter, Christmas, and Thanksgiving) always accompanied by good laughs, colourful stories, great food, and of course chocolate. A special thank you for the friendship that Jeff (and Pat) extended to our Dad (A. Glenn Lowe) while living in Ontario. They had many fun outings together and Dad was blessed. We have also shared some tears along the way, lessening our load.
We learned much from Jeff and mostly through observing his quiet and gentle spirit. Thank you. We have appreciated every story told and experience shared. We will miss Jeff’s listening ear and wise counsel. We were blessed to know Jeff and to call him our friend. Farewell dear Jeff, until we meet again.

We are so very thankful for you and for your friendship. You are a gift to us. You are a loyal, kind, charitable, and faithful friend. And our entire family has come to know this friendship. I need to tell you how much we appreciate you. Along the way, we have shared many laughs, stories, some tears, great food, wine, donuts, watermelon, potatoes, and of course chocolate. Thank you for your kindness and the friendship that you have extended to my husband, children and their spouses, and our parents, especially my Dad.

I have learned much from you Jeff. From your stories and experiences and your wise counsel. Thank you. The most important life lesson that I learned from you is one that you may not know about. It is about love. I was privileged to watch you love and care for your family. I can vividly see you caring for Cathy. Those pictures in my mind are pictures of a father's love. I believe this is how God loves each of us. He loves us as we are. He rescues us from our brokenness and makes everything new. We love you Jeff. 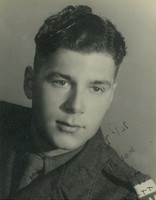 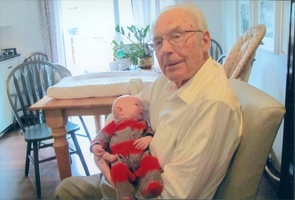 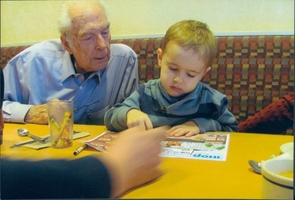 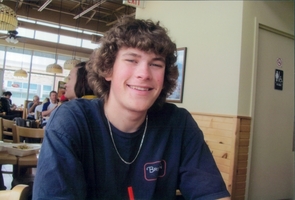