To share your memory on the wall of Joan Ferguson, sign in using one of the following options:

Provide comfort for the family of Joan Ferguson with a meaningful gesture of sympathy.

Joan grew up in Galt, enjoyed singing with her brother Gerry and acted in plays at the Galt Collegiate. After high school she performed in several plays with Galt Little Theatre in the early 1950's . Joan was Secretary with Fromm Bros. Galt, Steno-cashier for H.F.C. Galt, Niagara Finance and Trans Canada Credit, Guelph. Joan's last position was with Lummus Canada Inc. in Toronto in the accounting department until her retirement. Joan compiled family Genealogy in England the last several years of her life and corresponded with family members in England.

No funeral service. Cremation has taken place. A private memorial service and burial at Trinity Anglican Cemetery, Cambridge, (Galt) in the spring. As expressions of sympathy, memorial donations may be made to Diabetes Research or Cystic Fibrosis Research or to the charity of your choice. Donation cards are available at the Gilbert MacIntyre & Son Funeral Home, Dublin Chapel, 252 Dublin St. N., Guelph or online at www.gilbertmacintyreandson.com
Read Less

Receive notifications about information and event scheduling for Joan Ferguson

We encourage you to share your most beloved memories of Joan Ferguson here, so that the family and other loved ones can always see it. You can upload cherished photographs, or share your favorite stories, and can even comment on those shared by others.

Posted Jul 19, 2019 at 11:18am
I remember the good all days visiting her in Kincardine when she and her husband and Camelot were living in Kincardine so sorry to hear she is gone now thinking of you all the Maurer Family (Darcie)
Comment Share
Share via:
ZM

Posted Mar 07, 2019 at 08:05pm
We are so sorry for your loss. Our thoughts are with your family during this challenging time. 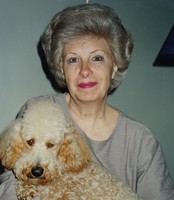