To share your memory on the wall of John Freeman, sign in using one of the following options:

Donations are being accepted for: PSP Society of Canada.

We encourage you to share your most beloved memories of John Freeman here, so that the family and other loved ones can always see it. You can upload cherished photographs, or share your favorite stories, and can even comment on those shared by others.

Posted Dec 21, 2019 at 05:31pm
Dear Kathy & Family, I am very sorry to hear of your loss. John helped me get my job at S.C Johnson many years ago and I remember him as a kind, gentle and caring man. He always looked out for me and it was great to see a friendly smile making my way around a big company. He even took me under his wing and let me be on his golf field day team ... me, a non golfer... a testament to his great sense of humor. You were good neighbors to my sister Joan in Brier Park also. Wishing you comfort in your happy family memories. Marilu Pancoe
Comment Share
Share via:
MJ

Posted Dec 18, 2019 at 12:59pm
Thoughts and sympathies for Brent, his mom and family.
I will always remember Yellow Bird.

Posted Dec 16, 2019 at 06:49pm
I want to express my sincere condolences to Kathy and the family on the loss of John, a devoted husband, loving father and grandfather and a dear friend ....
I have many fond memories of the times spent celebrating New Years Eves with John and Kathy and many other great times we had together many years ago when we were young, that was a couple of lifetimes ago.....but still fond memories......love you Kathy and love our life long connection with one another.... Mae Bell

Posted Dec 16, 2019 at 09:31am
In loving memory of John. Brother, Brother in law and Uncle. From Bert and Carolyn, Kelly and Richard, Jessica and Sarah. He will be sadly missed.

Peaceful White Lilies Basket was purchased for the family of John Freeman. 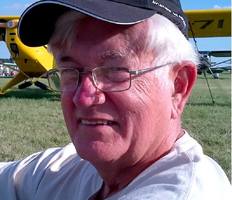