To share your memory on the wall of John Pawley, sign in using one of the following options:

It is with great sadness that John’s family announces his passing at the Village of Riverside Glen, Guelph, after a lengthy illness. Born in Orangeville, ON to John (Jack) and Ruth (nee Segs... Read More
Pawley, John Diarmid

It is with great sadness that John’s family announces his passing at the Village of Riverside Glen, Guelph, after a lengthy illness. Born in Orangeville, ON to John (Jack) and Ruth (nee Segsworth) Pawley, he grew up in The Forks of the Credit. In 1963, he married Carolyn (nee Roberts) and they were blessed with two amazing children, daughter Samantha, of Guelph, and son Rob (Sylvia) and three beautiful granddaughters, Hannah, Maya and June, of Port Coquitlam, BC.

John received his elementary education in a one room schoolhouse and attended high school in Brampton. His post-secondary education resulted in a B.S.A. from the Ontario Agricultural College (1962), following a long line of Pawleys; a B.Sc. (1963) and an M.A.Sc. (1964) in Civil Engineering from the University of Toronto. One of his proudest moments was receiving his P.Eng stamp and his iron ring. His first professional engineering position was with the Ontario Water Resources Commission (OWRC). He then moved to the Kitchener Water Commission (KWC) to manage the city’s water supply. When the KWC became part of the Region of Waterloo, John became the manager of the region’s clean water, landfill sites and sewage treatment. He became active in the American Water Works Association (three years as director) and the Ontario Water Works Association (one term as president).

John also took up running which led to his involvement with the KW-YMCA, serving first on the board and eventually as president. After his move to Guelph where Carolyn was a librarian at the University, he continued his work with the Guelph YMCA as a member and president. His commitment to the church was evident through his participation at both Trinity United in Kitchener, and Dublin Street United in Guelph.

John remained active after his retirement. He assisted with the organization of the Guelph Probus Club (secretary and president) and served as the first president of the Royal City Men’s Club. He and Carolyn were fortunate to be able to travel both on land and on sea/river making many wonderful memories together.

Visitation will take place at Hart Chapel, Gilbert MacIntyre & Son Funeral Home, 1099 Gordon St., Guelph, N1G 4X9 on Friday, December 13 from 6:00 – 8:00 p.m. A memorial service will be held at the Hart Chapel on Saturday, December 14 at 1:00 p.m., followed by a celebration of John’s amazing life. In lieu of flowers, donations may be made to Dublin Street United Church or to the YMCA of Guelph.

The family sends heartfelt thanks to the staff in the Mapleton Village at Riverside Glen. Their skills and their love for John made this very difficult journey easier for him and his family.
Read Less

Posted Dec 14, 2019 at 06:02am
Very sorry to hear this news Carolyn. Our sympathies to you and all the family. Although many years have passed, good memories remain of both you and John. Elizabeth & John Black
Comment Share
Share via:
MR

Posted Dec 13, 2019 at 11:40am
My deepest sympathy to you Carolyn, and your family. May peace and love be with you .
Marlene Robertson
Comment Share
Share via:
AB

Posted Dec 12, 2019 at 09:29am
I remember John from his KW days, both running at the Y and sitting around board tables. He was such a super fellow. Always interested in what other people were doing. And always strongly focused on the "greater good". Not a selfish bone in his body. My condolences to all his family members and friends.
Comment Share
Share via:
JT

Jane and Graham Silcox, Jennifer, Kristen and Trac purchased flowers for the family of John Pawley.

Posted Dec 10, 2019 at 12:41pm
Dear Carolyn, Samantha and Rob.
We are saddened by John's death and so sorry that all of you, including John, have had to endure this lengthy ordeal. Please know you are much in our thoughts.
We hope you can find comfort in happy memories and that the happiest memories will soon impose themselves over the more recent, sad ones. 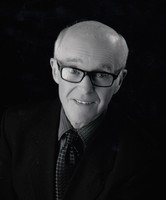