To share your memory on the wall of Mr. John Stevens, sign in using one of the following options:

Provide comfort for the family by sending flowers or planting a tree in memory of Mr. John Stevens

Provide comfort for the family by sending flowers or planting a tree in memory of Mr. John Stevens

We encourage you to share your most beloved memories of Mr. John Stevens here, so that the family and other loved ones can always see it. You can upload cherished photographs, or share your favorite stories, and can even comment on those shared by others.

Diane and Greg Berlet and The Rasul Family sent flowers to the family of Mr. John Stevens.
Show you care by sending flowers

Posted Jul 25, 2019 at 10:07am
I am sorry to hear about the passing of John. He was a man who I remember fondly during my early years growing up, playing tennis in Southampton and hanging out at the Stevens cottage. My condolences to the entire family. Sincerely, Bridget O'Leary
Comment Share
Share via:
HS

Flowers were purchased for the family of Mr. John Stevens. Send Flowers

Posted Jul 24, 2019 at 01:54am
Our deepests condolences to the Steven's family. May you cherish your wonderful memories of John with his family and friends. 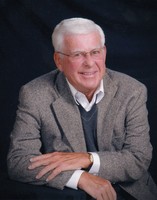