To share your memory on the wall of Mrs. Peggy Morris, sign in using one of the following options:

Provide comfort for the family by sending flowers or planting a tree in memory of Mrs. Peggy Morris

Provide comfort for the family by sending flowers or planting a tree in memory of Mrs. Peggy Morris

As a child, Peggy grew up on a farm and happily returned to farming again with Edmund. For three decades Peggy and Edmund lived at the corner of the 8th concession and County Rd 12, Peel Township - raising their children and working their 125 acre farm. Peggy graduated in 1942 as a Registered Nurse from St Joseph's School of Nursing, Guelph. After her graduation she worked in Toronto at Toronto Western Hospital and St. Michael’s Hospital. Peggy first returned to work At St Joseph’s when her youngest son was school age. She discovered that she didn't like driving on winter country roads so Edmund faithfully drove twice a day to take her work and back again; a 54 mile round trip . Peggy proudly worked her entire nursing career there, in many capacities including Head Nurse. She had extremely high nursing standards throughout her career and was proud of her white cap and uniform. Peggy enjoyed attending the annual St. Joseph’s Nursing reunion banquets, and was honoured many times for her dedication. Peggy was a loyal member of the Catholic Women’s League, with 70 plus years of membership. She was always interested in sports; The Leafs, The Kitchener Rangers, Toronto Blue Jays, and Canadian College football. Highest on her list was her devotion to attending daily Mass. She could always be called on for prayer, for family and friends in need. Peggy loved to bake and enjoyed spoiling friends and family with her baking; always sending home coffeecake from the freezer. Peggy’s butter tart recipe was legendary, with publicity in national newspapers and on CBC radio. Peggy had a genuine warmth and interest in her family and friends.

Peggy was predeceased by all her siblings, survived by her sister- in-laws Sylvia Gainer, Helma Mayne and MaryLou Armstrong.

Visitation will be Sunday December 6, 2020 from 1:00 to 4:00 at Gilbert MacIntyre Funeral Home, Dublin Chapel, 252 Dublin St. N., Guelph, by appointment online or by phone. Due to Covid-19 protocols, guests must RSVP their attendance on the funeral home website, must wear a mask at all times and maintain physical distance. In lieu of flowers, donations to Martyr’s Shrine Midland or a charity of your choice.

Donations are being accepted for: THE MARTYRS' SHRINE (SUBSIDIARY OF THE JESUIT FATHERS OF UPPER CANADA).

We encourage you to share your most beloved memories of Mrs. Peggy Morris here, so that the family and other loved ones can always see it. You can upload cherished photographs, or share your favorite stories, and can even comment on those shared by others.

Posted Dec 10, 2020 at 02:04pm
Peggy and Edmund lived in the apartment next to mine, when I first moved to Guelph. They took me under their wing, invited me to dinner, and even sent over some baked goods. I think that they were quite thrilled to see me at St. Joseph's for church. They also knew my uncle, Fr. McNamara. They made the transition to Guelph a bit easier and were terrific neighbours.
Peggy and Edmund are in my prayers.
Paul McNamara
Comment Share
Share via:
CB

Posted Dec 06, 2020 at 01:41pm
Eleanor and John , sending my prayers and condolences to you and your family.
Years have passed since our paths crossed but you have been thought about often and we have been blessed that you were a part of our life adventures.

Posted Dec 06, 2020 at 10:07am
Our deepest condolences to all the Morris family. We will always remember Peggy as a kind and gracious lady.
Kathy and Al Hofmann
Comment Share
Share via:
KM

Posted Dec 05, 2020 at 03:08pm
To the Morris Family, Thinking of you all while you mourn the loss of your great matriarch. With love and sympathy, Krista and the McDougall Family 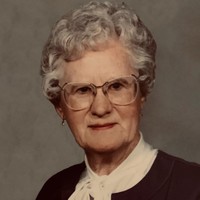 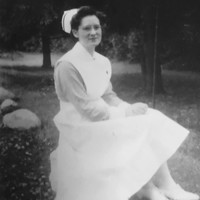