To share your memory on the wall of Maria (Mary) Vander Griendt, sign in using one of the following options:

Provide comfort for the family of Maria (Mary) Vander Griendt with a meaningful gesture of sympathy.

As expressions of sympathy, donations can be made to a charity of one’s choice. Donation cards are available at the Gilbert MacIntyre & Son Funeral Home, Hart Chapel, 1099 Gordon St., Guelph 519-8221-5077 or online at www.gilbertmacintyreandson.com
Read Less

We encourage you to share your most beloved memories of Maria (Mary) Vander Griendt here, so that the family and other loved ones can always see it. You can upload cherished photographs, or share your favorite stories, and can even comment on those shared by others.


Dear Rick , Anneke and family, so very sad to see the passing of your mother. Mary was a wonderful warm lady and enjoyed a smile and laughter. I remember her walking up to 111 Westmount with Thursday's weekly delivery full of energy. Your parents were a wonderful support for many years as were you both.
Sending my deepest sympathy, Betty Ross and family 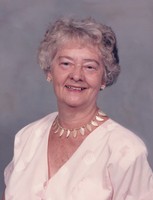