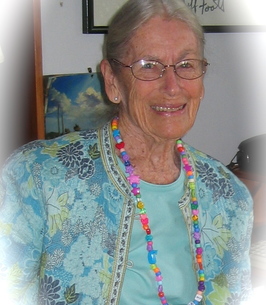 Hers was a life filled with love, adventure, mischief, a decent measure of graham crackers, deep love of books, family and the natural world. Now more than a century after she was born, our beloved Marian has passed on at the age of 102.

Her remarkable sense of spirit, boundless curiosity and joy for life will be carried in the hearts of countless people she has touched.

Marian was generous, kind, and strong, was gifted with an encyclopedic memory, a razor-sharp sense of humour and was a crack shot with a rifle. She was fearless, not one to suffer fools, and was deeply, deeply loved by those lucky enough to know her.

Her vast family tree extended through her daughter Carol Hindmarsh (Deceased 2005) Susan (Chuck) Chan, Joan (Jackson) Mathieu, Kate Cino, and John (Jane) Hindmarsh. She was the loving “Granny” of 14, “Mimi” to 15 great-grandchildren and one great-great-grandson — not to mention “Auntie Marian” to many nieces, nephews and children born to her wide circle of friends. Her sister-in-law, Bev Ferguson, is among the many grieving her loss.

Marian Ferguson was born in Portsmouth Ohio, on November 6, 1919, to new parents Elizabeth and Eric Ferguson, before becoming big sister to Francis and then brother Hank.

After celebrating their marriage in 1941, the couple moved throughout Ontario and then to Goderich, on the shores of Lake Huron. There, John trained pilots at the Royal Canadian Air Force base as part of his wartime service.

In 1947, after the war, the couple decided to make Goderich their permanent home and purchased a farm one mile south of the town on Highway 21.

That white, two-story, clapboard house was where they raised their five children and, after John’s death in 1995, where Marian stayed until the age of 99.

That farmhouse was the site of many gatherings for more than 73 years, its fields and forested trails the source of countless walks and moments of quiet reflection.

In 2009, Marian and her family made the decision to preserve the site. With the help of the Ontario Farmland Trust, a conservation easement was created which guarantees that the farmland will be protected in perpetuity.

After her own children left the nest, Marian turned her attention to the children and families in her community, becoming a social worker for the Huron County Children’s Aid Society in Goderich from 1967 to 1980. Marian also spent many years providing play and art therapy to children and volunteering with Huron Hospice, for which she was honoured with a June Callwood Award of Distinction in 2002.

Marian was a lifelong and active member of St. George’s Anglican Church in Goderich. Her homemade pies were legendary. She was also a charter member of the local IODE Canada. She enjoyed theatre, book club, a drumming circle and her Yoga practice.

While rooted in Goderich, her love of the unknown and desire to learn meant many of her “retirement years” were spent visiting friends, family and exploring new cultures across the world.
That taste for adventure was fostered when, at the age of seven, she camped across the American west with her grandfather, Henry T. Bannon.

While exploring the globe was her passion, Marian was at her most content when she was spending time with those close to her, at their family cottage near Pointe au Baril.

Those cherished days included many quiet hours spent in her canoe, accompanied by one of many beloved Cavalier King Charles Spaniels, traversing channels that would become as familiar to her as the hands holding the paddle.

Morning and afternoon swims, no matter what the weather, carried on until the age of 98.
Fiercely independent, Marian lived alone for more than two decades at the family farm, lugging wood from the cellar to keep limber, monitoring local wildlife with the eyes of hawk and revelling in each sunset.
Those years were filled with tranquility and joy and made possible through the support of her many family members, friends and the care and attention she received in Goderich from both Dr. Stan Spacek and Dr. Jim Hollingworth.

Marian’s family wants to extend their thanks and gratitude to the dedicated professionals at The Elliott Community, in Guelph, where she received exceptional care during the last years of her life.
A special thankyou to Adele, Marian’s support worker. Adele not only cared for Marian but supported her family with a gentle and fun-loving spirit.

As per Marian's wishes, cremation has taken place. A private service will be held at a later date. For those who wish to remember Marian through a donation, please consider, The Elliott Community, in Guelph, specifically “Staff Appreciation Fund”, the John Hindmarsh Environmental Trust Fund, or a charity of your choice. Donations and condolences can be made at the funeral home or online at www.gilbertmacintyreandson.com