To share your memory on the wall of Marc Wysocki, sign in using one of the following options:

Funeral Mass on Friday morning, April 16, 2021 at the Basilica of Our Lady 28 Norfolk St. Guelph at 11 o’clock. Cremation has taken place. Due to Covid-19 protocols, guests are required to RSVP their attendance at the Mass on the funeral home website. Interment will take place at a later date, as will a Celebration of Life, when the weather allows us to gather safely. At that time, we will commemorate Marc. As expressions of sympathy, donations to the Juravinski Hospital Foundation or to a charity of one’s choice would be appreciated by the family. Donation cards are available at the Gilbert MacIntyre & Son Funeral Home, Dublin Chapel, 252 Dublin St. N., Guelph 519-822-4731 or online at www.gilbertmacintyreandson.com.

For those unable to attend the service, a recording of the funeral mass will be available within a few days.
Read Less

Receive notifications about information and event scheduling for Marc Wysocki

Donations are being accepted for: The Juravinski Foundation.

We encourage you to share your most beloved memories of Marc Wysocki here, so that the family and other loved ones can always see it. You can upload cherished photographs, or share your favorite stories, and can even comment on those shared by others.

A & J Wysocki and Joseph Ribkoff Team sent flowers to the family of Marc Wysocki.
Show you care by sending flowers

Posted Apr 23, 2021 at 11:52am
I just learned of Marc's passing and truthfully the wave of memories is flooding back to me over the last 12 hours.

It must be close to 20 years since I last saw Marc, soon before Shealah and Marc moved to the US, I am truly sorry for this.

My memories of Marc was that he was larger than life and had the ability to make any/everyone that he met feel recognized and important. I can think of seeing Marc bobbing towards us at Oktoberfest his smile and mop of blond hair visible across a thousand people as he approached one hand in the air or outstretched for a handshake or hug and the other firmly wrapped around Shealah. Every time we met it was like a great celebration, he genuinely had interest on what I was doing or done and what was happening.

My other memory was taking him windsurfing , he had never tried before and was determined. His pure athleticism and strength let him achieve in an hour what most people would take a year to do, I see him hooting and hollering to us on shore as he would sail by, each time faster and more confident and fighting with him to pack up after dark with him taking off for "one more run". His adrenaline was as intoxicating for him as he learned a new sport as it was for us watching from the shore and knowing that we couldn't feel more excitement than what he was having we just let him keep going and going.

Though it has been many years I reflect on Marc as someone who lived without regrets, my regret was letting him slip out of our lives.

Posted Apr 16, 2021 at 12:37pm
My deepest condolences to my dear friend Shealah and to Christine and Eugene, never have I been more shocked and saddened by the loss of a true friend like Marc. We first met at Sheridan College playing for the Bruins basketball team, I being a two season vet in OCAA play and Marc the rookie fresh out of St. Jerome's high school. The very first practice there was a lot of physicality between us as Marc was trying to show Coach Wayne what he was made of and me the veteran 4 man. I think during the course of that practice I managed to throw Marc to the floor a couple of times, nothing malicious just playing hard. I think I shocked Marc a bit but he would get up hold his hand out and I slapped it and we kept playing, harder than before, feeding off each other's energy and desire to win...after practice Marc approached me with his big smile, shook my hand and asked if I wanted to go for a beer, the start of one of the most meaningful friendships I've ever had. We were a pretty good 4, 5 man combo and we would both go on to be first team All Ontario all stars and together with a lot of other awesome teammates would go on to defend our OCAA title and run the table in the National tourney and win the CCAA national championship, and we remain the last Bruin side to do so since 1990 (a fact all us old Bruins still like). Marc, Shea and I would remain tight friends for many years after that, sometimes sharing living accommodations (remember that Spring St. house Shea?) or at least living in the same city. Canoe trips to Algonquin Park, ski trips to Quebec, Colorado, road trips to Lake Simcoe and Point Clark to catch up with fiends and party on the beach, so many adventures, and a lot of basketball. And the way Eugene and Christine would put up with our antics! Eugene would grab me by the shoulder (I'm 6"5" 230lbs) and shake me around like a doll with that Wysocki smile and Christine showing up at all hours or where ever we were with platters of food, being the loving mother that she is. Then as it happens, people go off in different directions, there were years where I did leave Ontario for BC and New Zealand, Marc and Shea to Houston and Calgary, but we made huge efforts to stay in touch and see each other when we could. I was married in Auckland and Marc and Shea flew in from Houston, Texas for 48 hrs to be there! Such was the man, a devoted friend. I feel so fortunate to have known Marc and share a very impactive part of my life with him, his family, our friends and fellow Bruins. Love you like a brother Marc and miss you, rest easy see you on the other side.
Comment Share
Share via:

Posted Apr 15, 2021 at 08:16pm
One of the most wonderful memories we have of Marc is when he showed up to our traditional Polish Christmas eve meal dressed as Santa Claus. Marc was so excited to surprise all the young children in the family. They were at first a little hesitant … for who knew that Santa was so BIG. Through their awe and delight of meeting and getting early presents from Santa, they did not notice how his red suit was so very small and tight on him – which kept all the adults laughing through the night. I also remember how entertained my grandfather, Dziadzia Joe was by the whole gesture. Marc made this evening such a joy and memory for us all. Will miss your tight hugs Marc! Sending our very sincere condolences and love to Shealah, Ciocia Kris and Eugene. 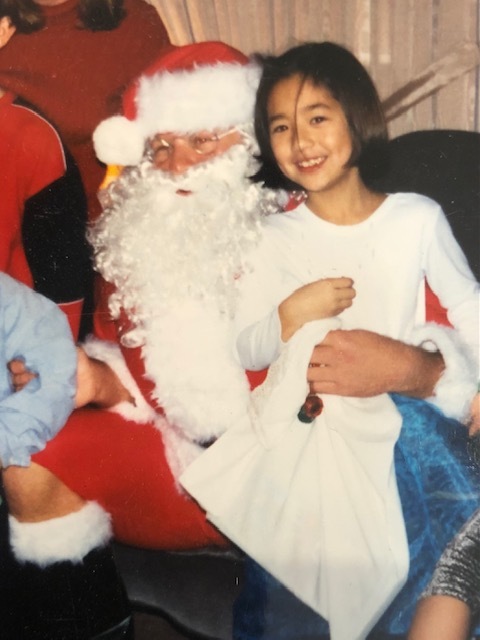 Posted Apr 15, 2021 at 07:50pm
Our most sincere condolences to you Shealah, Ciocia Krys and Uncle Eugene....we have so many great memories of Marc and will share them all with you when we are able to get together. I will remember our dear cousin Marc as the always smiling, always happy, gentle soul that he was . He lived his life to the fullest...I will miss his smile and his big bear hugs at every family gathering. Rest In Peace my dear cousin, we will miss you so much...Diana and Derrick xoxo
Comment Share
Share via: 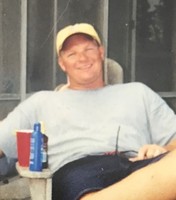 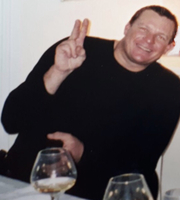 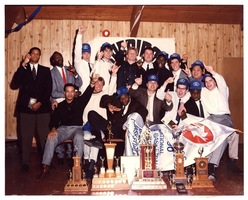