To share your memory on the wall of Michael Bernard Kiely, sign in using one of the following options:

Due to Covid-19, attendees are asked to RSVP on the funeral home website prior to attending the visitation or Funeral Mass. Masks must be worn. Interment Marymount Cemetery. As expressions of sympathy, donations to St. Joseph’s Health Centre Foundation would be appreciated by the family. Cards are available at the funeral home (519-822-4731) and condolences may be sent to www.gilbertmacintyreandson.com
Read Less

Receive notifications about information and event scheduling for Michael Bernard

We encourage you to share your most beloved memories of Michael Bernard here, so that the family and other loved ones can always see it. You can upload cherished photographs, or share your favorite stories, and can even comment on those shared by others.

John, Mandy, Ollie and Ikey, Mabel Kiley, and other have sent flowers to the family of Michael Bernard Kiely.
Show you care by sending flowers

Posted Oct 27, 2020 at 05:05pm
"Bernie" was my first Superintendent when I started teaching and he always came with a kind heart, support, and sincere smile. He empowered teachers rather than "directed" them especially when he was not the "expert" in that teacher's discipline (mine being PHE whenever he visited me). He was a pillar of the WCDSB and to him we owe thanks and honour. Times were tough prior to , during, and after full funding - and Bernard was there for all. May the family find peace in knowing he has left a legacy and example for faith-based education and thereby celebrate his life and contributions, both personal and professional. May he be with the Lord and may you, the family, know him forever in your hearts and minds. God bless you.
Comment Share
Share via:
JI

Posted Sep 20, 2020 at 12:53pm
To the family and friends of Bernard Kiely,
Bernard is one of the gentle, faith-filled giants upon whose shoulders Wellington Catholic District School Board and Catholic education in the province of Ontario stands. It is a beautiful legacy and an enduring gift.
As you pray your goodbyes, remember that life and love exist on both sides of eternity and may you find comfort in the stories and memories shared by family, friends and colleagues.
My deepest sympathy,
Tamara Nugent

Our thoughts are with the gang and what a special man Uncle Bud was. He will be missed xoxo - Kiley Beth Fiona and Kellan
HS

Posted Sep 20, 2020 at 11:26am
Our thoughts and prayers are with you. John Kostoff and the Ontario Catholic Supervisory Officers' Association

Flowers were purchased for the family of Michael Bernard Kiely. Send Flowers

Posted Sep 19, 2020 at 04:00pm
My condolences to the Kiely family. He was part of a lovely Irish family from the Ottawa Valley Say Hi for me to J and Tess as you pass through those pearly gates Bud
Lionel Wolfe, Ottawa ON
Comment Share
Share via: 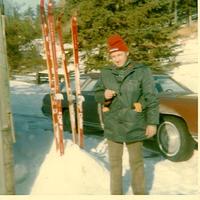 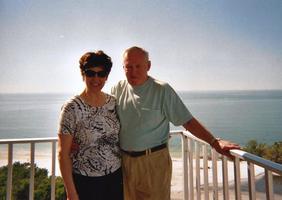