To share your memory on the wall of Mr. Mike Colanardi, sign in using one of the following options:

Provide comfort for the family by sending flowers or planting a tree in memory of Mr. Mike Colanardi

Provide comfort for the family by sending flowers or planting a tree in memory of Mr. Mike Colanardi

Passed away at his home in Guelph on Thursday, April 23, 2020. Michelearcangelo Colanardi, in his 82nd year, was the beloved husband of the late Margot (Schwesig) Colanardi for 54 years until her dea... Read More
Colanardi, Michelearcangelo (Mike) --

Passed away at his home in Guelph on Thursday, April 23, 2020. Michelearcangelo Colanardi, in his 82nd year, was the beloved husband of the late Margot (Schwesig) Colanardi for 54 years until her death in 2019. He was the loving father of Tony (Lynn), Maria (Nick) and Michelle (John). Predeceased by his son Michael and his parents Antonio and Angelamaria (Caruso) Colanardi. Michele will be greatly missed by his grandchildren Sarah, Philip, Nicholas, Victoria and Robert. Michele was the dear brother of Angelo and Lucia and her husband Dante Renzulli and of the late Franceso, Giuseppe, Donato and Constantina. He will be fondly remembered by his sisters-in-law Maria, Rosetta and Lucia. Survived by many nieces and nephews.

Mike was the founding president of Colanardi Bros. Painting & Decorating Ltd., a company he formed with his brothers Joe and Frank in 1972. He ran the company until his retirement in 2002. He enjoyed working in his garden, cooking, spending time with his family and making (and drinking) his own wine. He was an ardent sports fan and relished playing cards with his friends at the Italian Canadian Club where he had been a member for more than 25 years.

Resting at the Gilbert MacIntyre and Son Funeral Home, Dublin Chapel, 252 Dublin St, N, Guelph, where a private family visitation and service will be held in the funeral home chapel. Entombment to follow at Our Lady Immaculate Mausoleum at Marymount Cemetery, Guelph.

As expressions of sympathy, memorial contributions to the Foundation of Guelph General Hospital would be appreciated by the family. Donation cards are available at the funeral home 519-822-4731 or online at www.gilbertmacintyreandson.com.
Read Less

Donations are being accepted for: GUELPH WISH FUND FOR CHILDREN.

We encourage you to share your most beloved memories of Mr. Mike Colanardi here, so that the family and other loved ones can always see it. You can upload cherished photographs, or share your favorite stories, and can even comment on those shared by others. 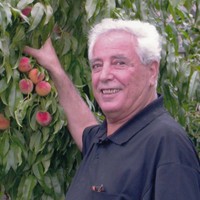