To share your memory on the wall of Norman E. McCollum, sign in using one of the following options:

Provide comfort for the family of Norman E. McCollum with a meaningful gesture of sympathy.

Norman was a longterm employee of the University of Guelph at the Turfgrass Institute.
He received his diploma from Niagara Parks Commission School of Horticulture 1969, and was a long term employee (37 years) of University of Guelph involved with diploma course and Turfgrass Institute. He was the past president of Ontario Agricultural College Alumni Association, and honorary life time member of Ontario Golf Course Superintendents’ Association.

As expressions of sympathy, donations may be made to Norman McCollum Dairy Scholarship (OAC), Norman E McCollum Turfgrass Diploma Entrance Scholarship (OAC), or the Alumni Foundation of Niagara Parks Commission School of Horticulture. Donation cards are available at the funeral home (519-821-5077), or online at www.gilbertmacintyreandson.com.
Read Less

We encourage you to share your most beloved memories of Norman E. McCollum here, so that the family and other loved ones can always see it. You can upload cherished photographs, or share your favorite stories, and can even comment on those shared by others.

Posted Nov 06, 2019 at 06:43pm
From Evelyn Pyke, Kitchener: I just found out about Norm's passing and am greatly saddened. I met Norm as a former employee of Horticultural Science in 1984 and remained friends with him through the years. I hadn't seen him for a while but always made sure I called him at least once a year or would run into him somewhere at the Mall. Norm always called me Evie and a funny story comes to mind - he drove me to the hospital (ER) in Cambridge many years ago. After I was in an exam room for some time, the nurse asked Norm if he wished to go in and see his wife (me)........I heard Norm from the waiting room, "that's not my wife that's Evie" and then a loud laugh. Every time Norm and I ran into one and another, he always brought up that story and we had a good laugh. R.I.P my Friend........you will be missed.
Comment Share
Share via:
HH

Posted Jul 13, 2019 at 11:35am
Our hearts are sad with the news of Norms passing. He was our neighbor for 29 years he will be missed. Memories of Norm in the gardens he planted always loved to give little tours of his gardens and delighted at those who took the time to show their love of the flowers and trees.
Norm called my husband and I the kids he was someone who loved the beauty of things that grew. Remembering his birds to.

He talked of his cottage and gardening there to. He often had the back of his truck loaded with new pants and trees explaining where they would be panted. We Jim and I (Holly) also share a love of gardening so often stopped to compair notes and new additions to each of our gardens.

We will miss the Man who loved his coffee often arriving with a large cup of Tim Hortons coffee. He even stopped early in the morning outside our store Zellers home after the nightshift as we were leaving letting us us know he was taking us home we did not have a car at the time

Looking at his truck still not understanding he is gone. Hoping he can still find a garden some where he is remembering him Norm has left memories still here.
Jim And Holly Hogg

Posted Jul 12, 2019 at 04:01pm
Taken aback to hear of Norman McCollum's passing. Whole bunch of years, if not decades since I last spoke with Norman, likely during my early days in Montreal in the 70's. Always remember the earthy charm, great friendliness and helpful nature! It was always a stop on Highway 57 from Welland on the way to Wellandport.

Posted Jul 12, 2019 at 07:07am
I will never forget Norm, nor his many words of wisdom.....his first direction to our class back in 1983.....Don't let your bookwork interfere with your education! I will raise a glass to you later today norm! Cheers, and thanks for many memories. My condolences to the family. Brian Burdick OAC 85A
Comment Share
Share via: 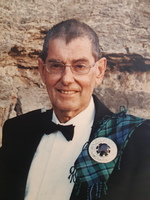