To share your memory on the wall of Patricia Walton, sign in using one of the following options:

Provide comfort for the family of Patricia Walton with a meaningful gesture of sympathy.

Born in Halifax, West Yorkshire, England, Patricia arrived to Canada in
1963 as a young bride and mother to start a new life. Patricia worked in
both England and Canada as a legal secretary, with many years at Guelph
law firm McElderry & Morris before retiring in 1993. Patricia's passions
were gardening, travelling and spending time with her family. She will be
fondly remembered for family dinners with her famous Yorkshire puddings
and English trifle. She enjoyed making memories on numerous family trips
with her grandchildren to her favourite places like Sauble Beach and Walt
Disney World and trips with her husband to the Yukon, Vancouver, Florida,
Hilton Head Island, and Quebec.


Friends will be received at The Gilbert and MacIntyre Funeral Home (Hart
Chapel),1099 Gordon Street, Guelph on Thursday, October 3, 2019 from 7PM
to 9PM. A celebration of Patricia’s life will be held on Friday, October
4, 2019 at 3PM.


Our thanks to her Grand River Oncology team including Dr.Tam, nurse Sue
Miller, Dr. Dicu, Dr. Franchetto and Dr. Moolman for their kind care. In
lieu of flowers, please consider Patricia’s request to donate to The Grand
River Regional Cancer Centre or The Aplastic Anemia & Myelodysplasia
Association of Canada (AAMAC) where cards will be available at the funeral
home. Please also consider becoming a blood donor as it truly is a gift of
life.
Read Less

We encourage you to share your most beloved memories of Patricia here, so that the family and other loved ones can always see it. You can upload cherished photographs, or share your favorite stories, and can even comment on those shared by others.

Posted Oct 02, 2019 at 01:08pm
Joanne & Kathryn, I had the pleasure of working with your mother a few years before her retirement. We was a lovely lady, my condolences, Nancy Lyle
Comment Share
Share via:
HS

Posted Oct 02, 2019 at 12:29pm
Wishing you peace to bring comfort, courage to face the days ahead and loving memories to forever hold in your hearts.

Posted Oct 01, 2019 at 08:27pm
Our deepest sympathies to the Walton and Nothdurft families during this difficult time. To our friend Jake, we love you and are always a call away.

Flowers were purchased for the family of Patricia Walton. Send Flowers 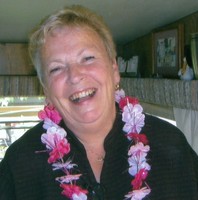