To share your memory on the wall of Paul Haefling, sign in using one of the following options:

After Paul completed his Masters in English at the University of Toronto, he decided to make a major career change to study law at the University of Windsor. He specialized in labour law and practised for several years before becoming an Ontario mediator/arbitrator. He retired in 2008.

Private cremation has taken place. Due to the current health crisis, a memorial service will be held at a ,later date at the Gilbert MacIntyre & Son Funeral Home, Dublin Chapel with a reception to follow in the funeral home Fellowship Lounge. As expressions of sympathy, donations to the Canadian Lyme Disease Foundation would be greatly appreciated by the family. Donation cards are available at the funeral Home, 519 – 822-4731 or online at www.gilbertmacintyreandson.com
Read Less

Receive notifications about information and event scheduling for Paul

Donations are being accepted for: Canadian Lyme Disease Foundation.

We encourage you to share your most beloved memories of Paul here, so that the family and other loved ones can always see it. You can upload cherished photographs, or share your favorite stories, and can even comment on those shared by others.

Posted Feb 29, 2020 at 09:51am
I was greatly saddened to hear the news about Paul....
I had many enlightened conversations with him and highly respected his intellect and passion for the plight of the Lyme community
It is such a sad state of affairs...it is so perplexing that the powers at hand have been so dismissive for so long despite the efforts of many, Paul included.
My sincere condolences
Bruce Shilton
Comment Share
Share via:
JS

Posted Jan 18, 2020 at 03:45pm
I appeared before Paul on many occasions when I was a young lawyer. He was a terrific arbitrator who was fair and just. Through his decisions, he contributed a wealth of wisdom to the labour relations community. My deepest sympathy to Paul’s family, he was a wonderful man and he will be missed by all those who knew him.
Comment Share
Share via: 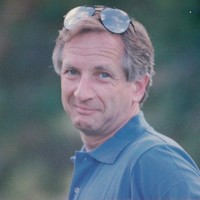