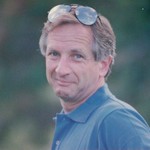 Haefling, Paul M.A. (English), LL.B –
Passed away surrounded by his loving wife Catherine of 54 years and family members at the Wellington Terrace Nursing Home in Fergus on Monday, January 13, 2020. Paul Haefling, in his 79th year, was the husband of Catherine (Lipton) Haefling. Predeceased by his parents Jerome and Irene (Sullivan) Haefling and by his sister Elaine and her husband Wally Englert. He was the dear uncle of Lori Englert, Kim Englert, and the late Jeffrey Englert. Survived by his aunt Margaret Sullivan (late Jack). Fondly remembered by his cousins, Jo Anne McArthur, Anne, Tim, Mary-Ellen (Jim), Bill, Pat (Lynda), and Irene (John) and by his brother-in-law, Greg Lipton (Janet).

After Paul completed his Masters in English at the University of Toronto, he decided to make a major career change to study law at the University of Windsor. He specialized in labour law and practised for several years before becoming an Ontario mediator/arbitrator. He retired in 2008.

Private cremation has taken place. Due to the current health crisis, a memorial service will be held at a ,later date at the Gilbert MacIntyre & Son Funeral Home, Dublin Chapel with a reception to follow in the funeral home Fellowship Lounge. As expressions of sympathy, donations to the Canadian Lyme Disease Foundation would be greatly appreciated by the family. Donation cards are available at the funeral Home, 519 – 822-4731 or online at www.gilbertmacintyreandson.com