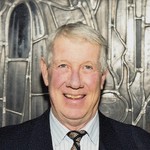 
Passed away suddenly at home on Father’s Day, Sunday, June 17, 2018. Paul Kelly, in his 73rd year, was the beloved husband of Louise (nee Macerollo) Kelly. He was the dear father of Peter and Barry. Paul is survived by his siblings James Kelly and Sharyne (John) Pickthorn, by his sister-in-law Moneta Spencer, by Louise’s five brothers and five sisters and their spouses, as well as nieces and nephews. He is predeceased by his parents Francis Albert Kelly (1990) and Marguerite Celestine (nee Pickett) Kelly (2014) and by his brother Barry Kelly (1996).

Paul was a generous, witty, dedicated and down to earth character who loved his family, wife and most notably, their two sons. He was an accomplished independent contractor and artist who had a passion for reading and world history. He was an active member of the Army, Navy & Air Force Veterans in Canada (A.N.A.F. Club 344 Guelph). He will be greatly missed by many.

Friends are invited to meet with the family at the Gilbert MacIntyre & Son Funeral Home, Dublin Chapel, 252 Dublin St. N., Guelph, on Friday, June 22, 2018 from 9 – 11:30 a.m. A Funeral Mass will follow the visiting on the same day (June 22) at St. Joseph’s Church, 409 Paisley Road, Guelph, at 12 p.m. Cremation will follow. As expressions of sympathy, donations to New Blue Emerging Dance or the A.N.A.F. Club 344 Guelph would be appreciated by the family. Cards are available at the funeral home (519-822-4731) and condolences may be sent to www.gilbertmacintyreandson.com