To share your memory on the wall of Mr., Peter Prier, sign in using one of the following options:

Provide comfort for the family of Mr., Peter Prier with a meaningful gesture of sympathy.

Born on November 9, 1950 in St. Catharines, ON, Peter moved with his family to Windsor where he grew up. Throughout his childhood years, Peter was described as a “holy terror” and loved to defy authority. His mother always said that, “if he didn’t find trouble, it found him”. He was proud to be identified in school as one of the “intelligent underachievers”, not because of the special attention it brought but because he and his buddies were able to regularly skip classes. Peter attended St. Clair College after high school and entered the food processing program. Rather than attend classes, he would drive his MGB around Essex County. After working at a number of different jobs (pillow stuffing, chow Mein noodle growing, meat packing, landscaping, apple growing, parcel delivery etc.), Peter married his high-school sweetheart Cathy and started as a lineman at Bell Canada where he flourished and thrived as part of what he fondly referred to as a rowdy crew of misfits. However, his days as a “lineman of the county” ended when he decided to pursue a University education in land resource management at the University of Guelph. He graduated in less than four years with an honours degree and, after a brief stint in the consulting industry with EcoPlans, he joined the Ontario Energy Board. Peter found this work rewarding, challenging and interesting and met many people with whom he remained friends.

After 5 years with the OEB, Peter moved into the private sector so that he could be closer to home and his family. Peter’s children Andrea, Julia and Michael and Peter’s second wife Leslie have fond memories of times at Wingate Lodge, sailing trips, playing hockey on the pond, and traveling to numerous places in North America, Cuba, and Belize. Andrea and Michael will particularly miss their dinner dates for “noodle soup” and impromptu drop-ins with their dad.

Peter had the ability to balance both work, family, friends, and play! As a partner in an environmental consulting company, Peter excelled. Peter was in his element interfacing with clients, as well as pushing those he worked with beyond their comfort zones but not beyond their capabilities. He had a knack of hiring equally “high-spirited” and fun-loving employees who became the heart and soul of the company. It was obvious from Peter’s retirement party that he aimed to make work a fun, supportive environment where individuals could excel with his steadfast guidance, his generosity of spirit and his kindness. Peter truly cared for the people with whom he worked.

Peter refused to let the death of his beloved Julia (a.k.a. The Force) in 2011 define him, but he did let it change him. It made him more caring, more compassionate, and better able to empathize with others.. His message for those who had lost a loved one was that grieving was a journey “you walked alone”. He actively reached out to ease their journey and lend a listening ear.
Peter’s death came too quickly. His last day was spent doing something he loved listening to crickets and cicadas on the porch at Hospice Wellington surrounded by wildflower gardens, birds, his family and close friends.

A celebration of life will be held on October 20, 2019 at the Italian Canadian Club in Guelph, Ontario from 2-5 pm. All are welcome. Please RSVP by October 13th as late lunch will be provided. Peter will be buried in a private ceremony in Waterford, Ontario.

In lieu of flowers, memorial donations may be made in Peter’s name to Hospice Wellington or the Coping Centre. Donation cards are available at the funeral home (519-821-5077) or donations and condolences may be made online at www.gilbertmacintyreandson.com
Read Less

Print
Celebration of Life will be held from 2-5pm Please RSVP to https://forms.gle/bQUFfU4Tk8Gg6hDp8

We encourage you to share your most beloved memories of Mr., Peter Prier here, so that the family and other loved ones can always see it. You can upload cherished photographs, or share your favorite stories, and can even comment on those shared by others.

Posted Sep 30, 2019 at 10:10pm
Peter was my business partner in ESP/ESG for many years and was more than just a work colleague. He was always there for everyone, a lot of fun to be around and a very big part of the success of our firm . I haven't seen him for a long while, but his memory will always loom large in my mind as a good friend and a great person who always lived live to the fullest. My deepest sympathy to all who are sadly missing him at this time. Jerry Hagarty
Comment Share
Share via:
HS

Posted Sep 29, 2019 at 08:18pm
Pete and I got into trouble for sixty years, had a lot of great adventures and plenty of laughs. So sorry you had to go so soon old friend.See you on the flip side.
Deepest condolences to the family and to Gladys
Comment Share
Share via:
BL

Posted Sep 29, 2019 at 07:50am
Peter was always a good friend. I always enjoyed our chats. His humor and kindness will be missed.
Our deepest sympathy to Peter's family and Gladys.
Sincerely, Fred & Brenda Law
Comment Share
Share via:
JS

Posted Sep 29, 2019 at 06:52am
Harry & I have known Peter for many years, Harry & Pete became friends in Grade 2 at Central School.
It was always such a joy to have "Uncle Pete" visit, we will always miss you our dear & funny friend.
Deepest condolences to Peter's family & to Gladys, whom he always spoke so lovingly anout.
One in a million xo
Comment Share
Share via: 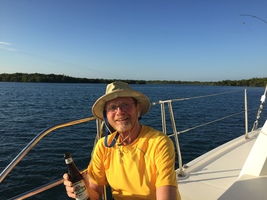 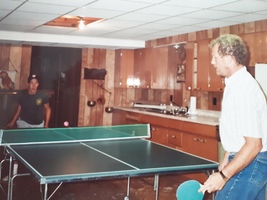 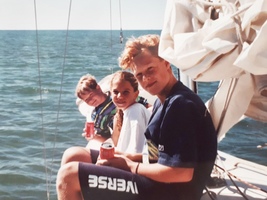