To share your memory on the wall of Dr. Spencer Valli, sign in using one of the following options:

Provide comfort for the family by sending flowers or planting a tree in memory of Dr. Spencer Valli

Provide comfort for the family by sending flowers or planting a tree in memory of Dr. Spencer Valli

Dr. P. J. Spencer Valli, PhD. aka Spence/Spenny died in his sleep on May 5, 2020 in Guelph, Ontario. He is predeceased by his parents Victor (Ted) and Edith Valli (nee Doran). He will be remembered by many friends in North America and the Netherlands. He will be especially remembered by his sister Dr. Lois Valli and her family (husband Dr. John Longfield, and children Shea and Olivia), by his brother, Robert Valli and his family (wife Elin Gwyn and children Perrin (Keira Hodkinson) and Alexandre and Madeleine) and by his stepmother Carroll Valli. He will also be fondly remembered by his three aunts Gilda Valli, Myrtle Varney and Gladys Sirola and cousin Kathleen Schmaltz.

Spencer was born on January 1st, 1964 in Brooks, Alberta . As a young child growing up in Guelph, he would chat with anyone he met. He brought his gregarious, outgoing, charming personality with him everywhere he lived. Despite disliking school as a child, Spencer turned his talents, amazing memory and bright smile to the academic stream and achieved a Ph D. at the University of Amsterdam in Infectious Diseases, while learning to speak Dutch (not an easy feat). He brought his skills in biochemistry and molecular biology to post doc positions at John Hopkins and University of California, San Diego. He returned to live in Guelph in 2007 after a life-changing brain injury to live close to family.

Spencer will be remembered from his younger days as a cyclist, trumpet player, and windsurfer, and driving around in his blue, 1972 MGB convertible. Spencer had amazing mechanical ability – switching engines for a week and then switching them back. And when his hands weren’t covered in automobile grease he could turn his abilities to sewing awe-inspiring and fancy, evening dresses.

In the last years of his life, due to his physical limitations, Spencer stayed informed on world events and connected via social media where he had many hundreds of followers. Despite his limitations, Spencer was both a friendly and vibrant person. And, unfortunately, someone who was unable to overcome his alcohol addiction and all the associated difficulties.

This week we lost a brother, an uncle, a cousin, a nephew and a friend. We are very grateful to all the people who have befriended and helped Spencer along his life’s journey. We will hold a lasting image of Spencer, picturing him with a coffee cup in his hand, while listening to jazz, and smiling his beguiling smile.
Read Less

We encourage you to share your most beloved memories of Dr. Spencer Valli here, so that the family and other loved ones can always see it. You can upload cherished photographs, or share your favorite stories, and can even comment on those shared by others.

Posted Jun 23, 2020 at 11:16am
I've just heard this awful news:
I met Spencer when I started a post-doc position at the AMC in Amsterdam in 1992-94 -and we spent a lot of time together checking out the bars and music venues there -sometimes to the considerable detriment of my work....... Somehow we lost touch -and sadly I never knew how ill he was. Found a few messages on facebook recently but I hardly ever use social media so to my deepest regret I missed them til far too late -I will miss him. and now will never get to share that five pepper corn curry with him he often went on about. Rest easy friend.
Lucas
Comment Share
Share via:

Posted May 13, 2020 at 01:30pm
I met Spencer and his brother Rob back in the late 80's or early 90's when Rob and I were driving the only Fiat X 1/9's in Guelph and Spencer had the cute MG. Spencer and I became friends and we spent alot of time laughing at his outrageous adventures. I remember one in particular. He had driven his little MG right into that pond in Puslinch where the road suddenly forks around the water. He said no one would pick him up as he emerged looking like a swamp creature. We spent years chuckling over that story. When he went to Amsterdam he often called to chat and I always appreciated that he kept in touch. I was amazed at how truly brilliant he was and how he never seemed to let school interfere with his enjoyment of life. I will always have good memories of you, Spencer. And I am blessed that our paths crossed in life. Rest in Peace. Your friend Lynn.
Comment Share
Share via:
JM

Posted May 12, 2020 at 09:18am
This is sad news. Spencer was a PhD student when we met in the nineties, he was a kind and funny guy. I will always remember him, he bought me tulips once, because I had helped him with his appointment at the lab. My condolences to the Valli family.
Comment Share
Share via:
NR 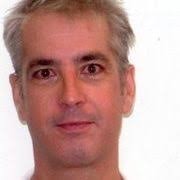 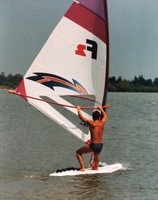 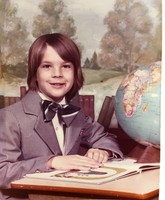