To share your memory on the wall of Barry Angst, sign in using one of the following options:

Provide comfort for the family of Barry Angst with a meaningful gesture of sympathy.

It is with great sadness that we announce Barry’s passing on Wednesday, September 18th at the age of 60.
Barry is survived by his wife Debora, his daughter Katelynn and her fiancé Gary, his son Jor... Read More
Barry (Reginald George) Angst

It is with great sadness that we announce Barry’s passing on Wednesday, September 18th at the age of 60.
Barry is survived by his wife Debora, his daughter Katelynn and her fiancé Gary, his son Jordan and his wife Cassie, his daughter Sara and husband Mike, his sons Alex and Cameron and his grandchildren Andy, Audrey and Ava.
He is also survived by his parents George and Ann Angst, his parents-in-law Joyce and Cameron McNeil, his siblings Leslie, Bill, Greg, Pamela, George and June, and his many friends and family.
Barry was a key figure in many lives, providing love, guidance and friendship to many.
Visitation will be held at Gilbert MacIntyre and Son Funeral Home, Hart Chapel, 1099 Gordon St., Guelph on Sunday September 22nd, 2019 at 1pm-5pm. A Celebration of Life will be held in the chapel on Monday September 23rd, 2019 at 1pm, followed by a gathering in the Fellowship Lounge afterwards.
In lieu of flowers, those wishing to make donations may do so to the Heart and Stroke Foundation or the charity of your choice.
Read Less

Donations are being accepted for: HEART AND STROKE FOUNDATION OF ONTARIO.

We encourage you to share your most beloved memories of Barry Angst here, so that the family and other loved ones can always see it. You can upload cherished photographs, or share your favorite stories, and can even comment on those shared by others.

The AutoTrader Family, The Amlingers, and others have sent flowers to the family of Barry Angst.
Show you care by sending flowers

Posted Sep 27, 2019 at 01:30pm
Dear Ann and family. It was with sorrow that I learned of Barry's passing. Please accept my heart felt thoughts of you. Ann we worked together many years ago at Conestoga College. You may remember me best my a different surname - Breaton or Sajkowski. You will be in thoughts with wishes for healing hearts.
Comment Share
Share via:
DH

Posted Sep 24, 2019 at 07:01pm
Deb and Family - we are so sorry to hear of Barry's passing!!
Our sincere condolences!
Heidi and Don Haennel
Comment Share
Share via:
LA

Posted Sep 23, 2019 at 02:44pm
So sorry to hear of Barry's passing. He was wonderful guy. I coached with him a couple of time in Minor ball. He sponsored teams for a few years. Also family has bought many cars from him. He will be missed. Laura Abel.
Comment Share
Share via:

We are so sorry to be hearing about Barry's passing. He was such a jolly easy going person, friendly and helpful to those who knew him. We remember him boating on his trawler Play Dough and the seasonal boating trips to Henry's Restaurant for fish with all our boating friends, the parties on the docks, helping him with the cottage upgrades near Port Elgin. And of course, his help in upgrading our vehicles at the dealership.. it doesn't seem so long ago that we were celebrating his 50th birthday with you all in Guelph.

Please know that our thoughts and prayers go out to you and all the family during this difficult time. Sincerely, and with deepest sympathy,

Posted Sep 22, 2019 at 09:54pm
Gone too young and I am sure leaving a void. May you be granted God's grace through these days.
Comment Share
Share via: 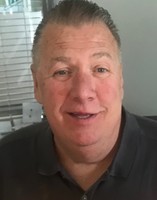 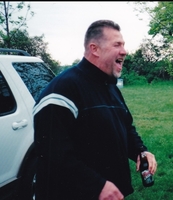 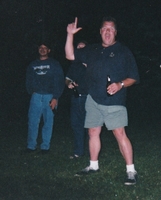