To share your memory on the wall of Mr. Richard Farrell, sign in using one of the following options:

Provide comfort for the family by sending flowers or planting a tree in memory of Mr. Richard Farrell

Provide comfort for the family by sending flowers or planting a tree in memory of Mr. Richard Farrell

Richard grew up in Montreal where he started his first career in insurance, which took him to Toronto and eventually Sault Ste. Marie and his own Farrell Insurance Adjusters firm. Following his true passion to “tread the boards”, he joined the Sault Theatre Workshop. In 1970, at the Dominion Drama Festival in Winnipeg, he won the Award for Best Amateur Actor in Canada for his role in LUV. Shortly after this achievement with the support of Mary, Richard turned professional. This prompted a move south to Guelph to begin his 35 year career in stage and film. In 2004 he retired from the Shaw Festival in Niagara-on-the-lake.
When he was not performing, he was busy cooking up a storm, doing crosswords, traveling the world with Mary and friends or attending one of his eight grandchildrens’ sporting, music, academic or community activities. He will be sadly missed.

In light of the current COVID-19 limitations, the family is planning a formal celebration of Richard’s life at a later date. Online condolences can be made at www.gilbertmacintyreandson.com.
Read Less

We encourage you to share your most beloved memories of Mr. Richard Farrell here, so that the family and other loved ones can always see it. You can upload cherished photographs, or share your favorite stories, and can even comment on those shared by others.

Plant a Tree in Memory of Mr. Richard Farrell
Plant a tree 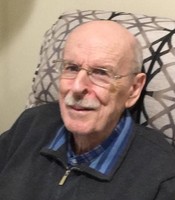 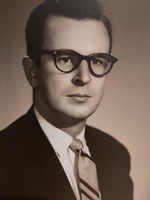