To share your memory on the wall of Bobby "Woodsy" Woods, sign in using one of the following options:

Provide comfort for the family of Bobby "Woodsy" Woods with a meaningful gesture of sympathy.

A lifelong Gryphon and passionate chef, Woodsy was the manager of The Brass Taps at the University of Guelph for decades, he co-owned and managed a local catering business as well as several local restaurants including the Aberfoyle Cafe at the Aberfoyle Flea Market for many years. An avid reader and fond admirer of visual and musical arts, Woodsy was responsible in hosting a wide variety of artistic talents at the university and the city of Guelph. Bob formed a partnership with three friends known as “4 Neat Guys” who owned three race horses. His favourite “Step-King” was a repeat winner providing years of enjoyment. Bob always appreciated bringing joy to young people in particular the children of his friends and relatives. This quality encouraged many years of service for Big Brothers Guelph.

Friends are invited to the Gilbert MacIntyre and Son Funeral Home, Dublin Chapel, 252 Dublin Street North, Guelph on Saturday, July 6, 2019. VISITATION FROM 10AM to 11AM. A service and celebration of life will be held in the funeral home chapel at 11a.m. Reception to follow in the Fellowship Lounge. Burial of cremated remains to take place on a later date at Woodlawn Memorial Park, Guelph. Memorial donation to St. Joseph’s Health Centre (Guelph) or Diabetes Canada would be appreciated by the family. Online donations and condolences can be made at www.gilbertmacintyreandson.com.
Read Less

We encourage you to share your most beloved memories of Bobby "Woodsy" Woods here, so that the family and other loved ones can always see it. You can upload cherished photographs, or share your favorite stories, and can even comment on those shared by others.

Posted Aug 02, 2019 at 11:20am
I'm saddened by the loss of my Friend Bobby. He was an once of a life time friend. I am left with the memories of a Gentle Giant with a heart of gold. Miss you Bobby. The memory of us walking along the boardwalk in Atlantic City singing Under the Boardwalk in the early morning on that hot summer day will be with me forever. Rest now My Friend.
Jimbo Mahoney
Comment Share
Share via:
M

Posted Jul 11, 2019 at 09:14am
My tears are ones of sadness in losing a friend….and joy that his suffering is over.
Large
1. Definition.
of considerable size, extent, capacity or intensity.

……these are the words that describe my oldest and dearest friend. An easier way to remember all that… is to just remember this one word…..”large.” Look up that one word in the dictionary and you will find all the others are attached to that one word.

My friend Bob was “large!”
He was large in size. We all saw that quite obviously but he was also large in spirit, intellect, ambition, adventure, but above all that he was large in heart, kindness and love.
In fifty five years…..we never had a fight. We never said an unkind word to each other.
How Bob and I met and became friends.
It was the start of grade nine. I had some illusions of becoming a lawyer so Latin was a required subject. After just two weeks my teachers evaluated my Latin potential to be between slim to none so I was dispatched off to the commercial typing class alternative. A class full of all girls couldn’t be all bad, could it? To my great disappointment I discovered I would in fact have competition. There, larger than life, sat THE Robert David Woods! From that day forward Bob was involved in some way with every major and minor event in my life.
Our houses and parents became interchangeable. Our lives became inextricably linked.
Academically we supported each other by distracting the various teachers from looking too closely at our homework or wondering why one of us was not in school that day. Even in spite of the careful scrutiny of one Mr. Joe Glaab we pressed on.
We both played football and there was no one better to protect you or to follow behind than that large man when you needed a hole opened up for you. Incidentally that skill also proved valuable later in life in one or two of our bar room experiences. We won championships and lost heart breakers. We laughed and we cried together.
We had our first dates at the same time. We had our first kiss at the same time ….. no not to each other….and yes we always compared notes. We sought adventure together. We traveled together. We moved out of homes at the same time and we lived together in our first apartment.
We married (a few weeks apart) from each other and attended at each other’s weddings.
Bob is the godfather to one of our son’s and he occupied a larger than life presence not only to our sons but to our entire extended family. Bob made a ..large…and lasting impact on everyone. There was never a door closed to “Big Bob.”
Bob was memorable. He was imposing all the while being kind and gentle.
Bob lived life …large.
Each of you and I had a glimpse into only a small part of that. His jobs, his community service, the music promotion business, casino’s, playing cards, horse racing, wine collecting, art collecting, antiques, investing … if it could be bought or sold it piqued his interest. Bob lived food….large. Notice I said “lived.” Not for the amounts consumed but the tastes experienced. He was a “foodie.” My wife Helen Ann and he would talk endlessly about recipes, new foods and places to experience them. One of the last conversations Bob and I had was how excited he was that people were now growing saffron here in Ontario. Joe Barth shared with me how he read to Bob from his book on pepper.
Bob worked….large.
Bob had a prodigious capacity to work. He always simultaneously had multiple things on the go. …his regular job…the Aberfolye Flea Market Cafe….catering to the military dinners….cooking turkeys for Thanksgiving….buying and selling antiques.
Bob’s courage was large.
He faced everything in his life with fortitude and resiliency. I could illuminate many examples but you already know them because you are here….and you knew Bob.
Bob loved ….large.
Bigger than Bob himself was his capacity to love, his adoption of all of my family, how he befriend all my friends, his work with Big Brothers, and as each of you know….how he loved you.
Bob is once again..”at large.” – free, on the loose and on the run.
Bob’s passing leaves a very large hole in me, and in all who loved him.

Posted Jul 07, 2019 at 07:28pm
I was sorry to hear of Bobby's passing. I knew Bobby in High School ( Bishop Macdonell) and when he was working at the U of G. Bobby was liked by everyone that knew him. I will say a prayer for him and family.
My sincere condolences

Posted Jul 06, 2019 at 10:55pm
My condolences to 'Woodsy's family. Over the years at UofG we had a number of adventures, crazy times. He will be
missed, RIP Woodsy
Comment Share
Share via:

Posted Jul 06, 2019 at 10:52pm
My condolences to 'Woodsy's family. Over the years at UofG we had a number of adventures, crazy times. He will be
missed, RIP Woodsy
Comment Share
Share via: 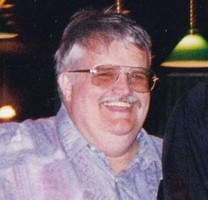 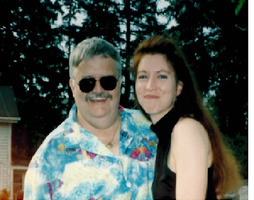 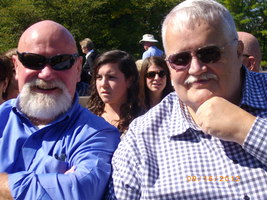 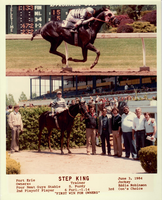