To share your memory on the wall of Ryszard "Rick" Gajewski, sign in using one of the following options:

Provide comfort for the family of Ryszard "Rick" Gajewski with a meaningful gesture of sympathy.

Passed away peacefully at his home in Guelph on Wednesday, October 30, 2019. Rick was 89 years old. He is survived by his devoted wife June, of 64 years, who nursed him tirelessly for the past year. Rick was the ... Read More
GAJEWSKI, Ryszard (Rick)

Passed away peacefully at his home in Guelph on Wednesday, October 30, 2019. Rick was 89 years old. He is survived by his devoted wife June, of 64 years, who nursed him tirelessly for the past year. Rick was the loving father of Stefan Gajewski and his wife Victoria Walker, and of Helen Gajewski and her late husband Peter Renner.He is survived by grandchildren Kyle, Konrad, Sean and Lia. Rick was born in Poland April 20, 1931 and orphaned during WW2 at a labour camp in Siberia. He was raised and educated at an orphanage for Polish refugees in South Africa, where he learned his trade. Rick moved to England after the war, where he met the love of his life, June Wasson, from Ireland. They married in 1955 and immigrated to Canada with their two young children in 1965.

Rick worked in steel fabrication until he founded Quinton Steel (Wellington) Ltd. in 1968. The company just celebrated its 50th anniversary supplying custom heavy steel fabrications to many industries. Rick’s passion for boating in Georgian Bay, his love of life, sense of adventure, dry wit, and great cooking will be remembered by all who knew him.

Special thanks to the medical team that supported Rick, including Dr. Peter Spadafora, Dr. Doug Friars and Dr. Lisa Friars. Also, thanks to the nurses at Bayshore HCS, including primary care nurse, Sandra.

Friends are invited to visit with the family on Sunday, November 3,
2019 from 4 pm to 7 pm at the Gilbert McIntyre and Son Funeral Home, Hart Chapel,1099 Gordon St., Guelph. A funeral service will be held on Monday, November 4 at 11am in the funeral home chapel followed by a lunch. The burial will be held at another time for family only. As expressions of sympathy, donations to Guelph General Hospital would be appreciated by the family. Donation cards are available at the funeral home 519-821-5077 or online www.gilbertmacintyreandson.com.
Read Less

We encourage you to share your most beloved memories of Ryszard "Rick" Gajewski here, so that the family and other loved ones can always see it. You can upload cherished photographs, or share your favorite stories, and can even comment on those shared by others.

The Entire Eagle Press and Equipment Ltd. Family, Andrew Karolak, and others have sent flowers to the family of Ryszard "Rick" Gajewski.
Show you care by sending flowers

Posted Nov 07, 2019 at 05:00pm
Helen, I just saw this sad memo today. Please accept my sincere condolences. I remember you well from your time at King George school.

Posted Nov 02, 2019 at 12:18pm
Please accept our most heartfelt sympathies for your loss... Our thoughts are with you and your family during this difficult time.

Posted Nov 02, 2019 at 10:17am
With our love and sincerest condolences from Andrew and family, and from your sister Irena

Posted Nov 01, 2019 at 02:34pm
"Ryszard Gajewski" will remain in our hearts forever.Our thoughts and prayers are with you. 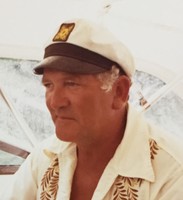