To share your memory on the wall of Mr. Glenn Morrison, sign in using one of the following options:

Provide comfort for the family by sending flowers or planting a tree in memory of Mr. Glenn Morrison

Provide comfort for the family of Mr. Glenn Morrison with a meaningful gesture of sympathy.

Passed away peacefully at Hospice Wellington, Guelph on Monday, May 4, 2020. Glen Morrison, in his 80th year, was the beloved husband of Judy. He was the dear father of Kevin and Mark (Nancy), step-father of Kevin Sempl... Read More
MORRISON, Glenn

Passed away peacefully at Hospice Wellington, Guelph on Monday, May 4, 2020. Glen Morrison, in his 80th year, was the beloved husband of Judy. He was the dear father of Kevin and Mark (Nancy), step-father of Kevin Semple (Pagona) and Laurie Semple (Wade Drury) and was the step-grandfather of Kiera, Nicholas, Alexa, Christopher, Amy and Ryan. Glenn is survived by his brother Joseph Morrison (Christine), by his sister-in-law Irene Morrison, by nephews Justin and Tyler and by a great-niece Charlotte. He was predeceased by his parents Harvey and Ferne Morrision, by his brother James Morrison and by an infant daughter Sandra Ann Morrison.

A private family gathering was held at Our Lady Immaculate Mausoleum for the entombment of Glenn’s cremated remains.

A Celebration of Life will be announced at a future date. As expressions of sympathy, donations to Hospice Wellington would be appreciated by the family. Cards are available at the funeral home (519-822-4731) and condolences may be sent to www.gilbertmacintyreandson.com
Read Less

We encourage you to share your most beloved memories of Mr. Glenn Morrison here, so that the family and other loved ones can always see it. You can upload cherished photographs, or share your favorite stories, and can even comment on those shared by others.

Posted May 09, 2020 at 01:57pm
In remembrance of cousin Glenn Morrison's time on earth and for the preservation of our environment in Canada.

Posted May 09, 2020 at 01:43pm
Judy, cousin Joe, Christine, Irene and families, We were sorry to read about Glenn's passing on May 4th and our thoughts are with you all at this time. His photo as he got older so reminds us of Uncle Harvey. It notes in the death notice that a Celebration of Life will be announced at a future date and we would love to be notified as some of the Morrison family may be able to attend. Bruce & Paula Ghent, 11 Chinook Street, Belleville, Ontario, K8P 0C4 Phone 613-779-0788 Email: bpghent@gmail.com
Comment Share
Share via:
WF

Posted May 08, 2020 at 10:04am
So sorry to learn of Glenn's passing. I met him when he had his first Shell Station in Guelph. The late Ron Love & I were stationed in Guelph as members of the OPP and I have fond memories of the time we spent with Glenn. My sympathy to all the family.
Walt Ferguson
Comment Share
Share via:

My father has passed away this morning . (May 4 ,2020 )He had been ill for the past few months . He always had laughter , great friends , work and played hard . He was proprietor of three Shell petrol stations . (Shell ice hockey team ) He was in real estate for Century 21 . Canadian tire service manager for many years . When he retired he was in the home renovations & landscape . He loved classic cars and old school music , country and rock n roll .He loved his family and family gatherings . He loved animals . Dad loved his friends . It’s hard to say goodbye 🥺Love you Dad ☺️❤️😇 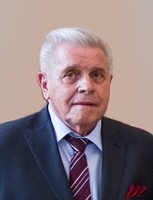 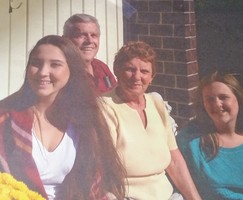