To share your memory on the wall of Mr. Stanley Kolodziejczak, sign in using one of the following options:

Provide comfort for the family by sending flowers or planting a tree in memory of Mr. Stanley Kolodziejczak

Provide comfort for the family by sending flowers or planting a tree in memory of Mr. Stanley Kolodziejczak

Stanislaw (Stan) passed away suddenly at his home on January 21, 2021 at the age of 95. He is survived by his children, Marie Brown (Blair 2001), Stan (Michele), Hennie Lyle (Bert 2015), Annette King, and Donald. He was predeceased by his wife, Nellie, (2009), his parents, and siblings in Manchester, England and United States. He so loved his children, his grandchildren, Blair, Jamie, and Amanda Brown, Paula Lyle, Keith, Colleen, Alison, and Lauren Kolodziejczak, Adam and Gordon King and his great grandchildren, especially hugs from Jordan Brown.

He married Nellie in Holland in 1948 and they moved to Canada in 1953 with their 3 oldest children. Times were tough and he worked hard to put meals on the table for his family. They became Canadian citizens as soon as they were able to and he was so proud to call Canada home. They had 2 more children born in Guelph and stayed here for their remaining years seldom going anywhere further than Kincardine for a summer vacation or to England or Holland to reunite with family.

Dad worked as a carpenter starting at the toughest jobs and working his way up to finishing contractor who was very well respected for his excellent work.

He enjoyed his final years reminiscing and loved nothing better than a chat about the old days. He was truly content with his life choices.

He was in the hospital on several occasions and was such a good patient that the nurses really cared about him. Because of that relationship, we would appreciate any donations being made to Front Line Workers at the Guelph General Hospital.
Read Less

We encourage you to share your most beloved memories of Mr. Stanley Kolodziejczak here, so that the family and other loved ones can always see it. You can upload cherished photographs, or share your favorite stories, and can even comment on those shared by others.

Posted Jan 27, 2021 at 09:37pm
Dear Stan
I'm sorry for your loss. Your father was a very kind and proud man ,honest and hard working You have my deepest condolences.
Best Regards to you and your family .
Barry Mullins
Comment Share
Share via:
HS

Gracious Lavender Basket was purchased and planted a memorial tree for the family of Mr. Stanley Kolodziejczak. Send Flowers

Posted Jan 23, 2021 at 09:59pm
To the Family and Friends of Stanley Kolodziejczak. Lynda and Larry offer our condolences to Stan and Michele on the loss of your Father/Father-in-law. Stan and I were hired in October of 1976 and our Employee numbers are one apart in hiring order. We worked together for many years and have many acquaintenances from our years of service at Brewers now Beer Store.
Comment Share
Share via:
PV

To the Family and Friends of Stanley Kolodziejczak, I would like to offer my condolences on the loss of your Father/Father-in-law. 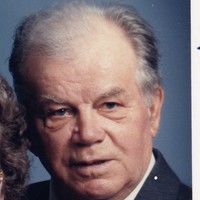 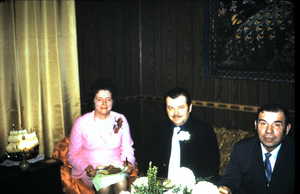 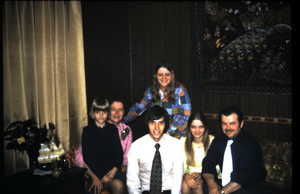