To share your memory on the wall of Stephen Greer, sign in using one of the following options:

Provide comfort for the family of Stephen Greer with a meaningful gesture of sympathy.

Left us suddenly on Saturday June 15, 2019. Stephen Greer, age 54, was the middle son to Joseph Greer and Virginia Greer. He was a devoted brother of Joseph Jr. (Lori), Mike (Candice), and uncle to T.J Greer and Ky... Read More
Greer, Stephen Michael

Left us suddenly on Saturday June 15, 2019. Stephen Greer, age 54, was the middle son to Joseph Greer and Virginia Greer. He was a devoted brother of Joseph Jr. (Lori), Mike (Candice), and uncle to T.J Greer and Kyle Greer.

He was a master of his craft as a machinist and tow-motor driver as part of his chosen profession. Stephen enjoyed the time spent with family and friends, and he passionately enjoyed motorcycling, boating, and fishing. He was happiest when on the water in Owen Sound Ontario, where he was able to boat to his heart’s content. A lifelong prankster, Stephen was the life of the party and his laugh was most often the loudest.

A visitation for Stephen will take place at Gilbert MacIntyre and Son Funeral Home, Hart Chapel, 1099 Gordon St., Guelph, ON, on Friday, June 21st at 1 p.m. A celebration of life will then take place at the funeral home at 2 p.m. with a reception to follow. In lieu of flowers, donations can be made to Hospice Wellington in memory of Stephen. Donation cards are available at the funeral home 519-821-5077 or online at www.gilbertmacintyreandson.com.
Read Less

We encourage you to share your most beloved memories of Stephen here, so that the family and other loved ones can always see it. You can upload cherished photographs, or share your favorite stories, and can even comment on those shared by others.

Posted Jun 17, 2019 at 12:49pm
Brad and our family send Our deepest condolences to The family. I will miss my conversations and funny jokes and cooking menus he would call us up with. Always in our Hearts XO Brad & Sandie Deekon
Comment Share
Share via:
KM 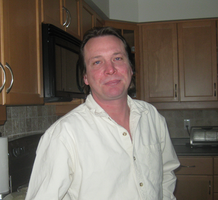