To share your memory on the wall of Walter Krisch, sign in using one of the following options:

Passed away peacefully at home in Guelph, with family by his side, on January 26, 2021 in his 87th year.

Walt was born in Calgary, Alberta on April 24, 1934, and is predeceased by his parents Rosa and ... Read More
KRISCH, Walter Frank

Passed away peacefully at home in Guelph, with family by his side, on January 26, 2021 in his 87th year.

Walt had a rich and fulfilling life with a loving wife, children and grandchildren who adored him. He grew up in Calgary, and he and Joan moved to Guelph in the early 1960’s to work for Standard Brands. Walt and the family then went on to live in Montreal and Markham where he worked for Kendall Sports and Colgate-Palmolive, before returning to the Guelph area in 1973 and settling on a property just southeast of Arkell. He enjoyed being outdoors and spent many hours gardening, landscaping and maintaining his woodlot. Walt and Joan owned and operated the “Mrs. Vanelli’s” franchise in the Guelph Eaton Centre food court for many years, and Walt loved serving up pizza and chatting with all his customers who knew him as “Mr. Vanelli”. He remained active in the family’s food service business until recently. In his retirement years, Walt and Joan found the time to travel, and had many fun adventures with their travel companions. He always looked forward to spending several weeks in Florida every winter. Walt was an avid sports fan, and especially loved to watch the Toronto Blue Jays, Buffalo Bills and the Notre Dame Fighting Irish.

The family would like to extend special thanks to all the palliative care staff at Bayshore HealthCare.
Cremation has taken place and a private celebration of Walt’s his life will be held for the family when permitted. Arrangements entrusted to the Gilbert MacIntyre & Son Funeral Home, Dublin Chapel.

Memorial donations made to Hospice Wellington or Wyndham House would be appreciated by the family. Donations and condolences may be left at www.gilbertmacintyreandson.com.
Read Less

Receive notifications about information and event scheduling for Walter

Donations are being accepted for:
HOSPICE WELLINGTON WYNDHAM HOUSE

We encourage you to share your most beloved memories of Walter here, so that the family and other loved ones can always see it. You can upload cherished photographs, or share your favorite stories, and can even comment on those shared by others.

Posted Feb 07, 2021 at 09:22pm
Joan, Sandra, Kathy and Nancy,
I will always remember Walter's smile over the counter. If it was at Mrs. Vanelli's or at Priory Place Cafe, it was always nice to see him.
My sincere and deepest sympathies to you and your families. Maria
Comment Share
Share via:
AA

Posted Jan 29, 2021 at 02:07pm
Auntie Joan, Sandra, Kathy, Nancy and partners and grandchildren, Uncle Walt was one of the most calm and sweet people that I had in my life. His good nature, smile and easy going ways always made me feel welcome. Gratitude for knowing him is what I feel. Love cousin Cheryl
Comment Share
Share via:
K

Thank you Cheryl for sharing your lovely memories of our Dad 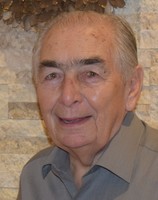