To share your memory on the wall of William Haras, sign in using one of the following options:

Dad enjoyed a varied and fascinating life. Born near Błotnia, Poland, he spent his childhood in Zubra near Lwów. Dad joined the Polish underground during World War II and immediately after the war he immigrated to Canada.

His first year in Canada was spent working on a dairy farm outside of Ottawa, followed by time working for the E.B. Eddy Company surveying forests in Quebec for pulp and paper production. He came to Guelph in 1950, where he worked for land surveyors Bowman, Black and Shoemaker. Dad made his career with the Federal Government as a hydrologist. Dad was co-editor of the Canada/Ontario Great Lakes Shore Damage Survey Coastal Zone Atlas, 1976. He was very proud of this work.

His Polish heritage was always close to his heart. He developed many friendships in the Guelph Polish community that lasted his lifetime.

Dad’s children are profoundly thankful to Joy Hammond for the love and tenderness she shared with our father, especially these last few months.

We also appreciate his many friends who visited Dad regularly to reminisce and help him make the best of every day.

We also wish to thank the following for the compassionate and professional care that they provided to Dad – The LHIN, Bayshore Nursing team, especially Katrina, and the many PSWs who were not only his caregivers but his friends and Dr. Spadafora who managed Dad’s care.

We send a heartfelt appreciation to the Hospice Wellington staff and volunteers for the excellent and tender care that Dad enjoyed in his last few days.


Funeral Mass arrangements will be announced in the New Year, once health regulations allow more formal gatherings. Interment will be a private family ceremony.

We will miss you Dad but you will always be in our hearts.


In lieu of flowers, please consider making a donation in Dad’s memory to Hospice Wellington at https://www.hospicewellington.org/donate or by phone at 519-836-3921

Receive notifications about information and event scheduling for William

We encourage you to share your most beloved memories of William here, so that the family and other loved ones can always see it. You can upload cherished photographs, or share your favorite stories, and can even comment on those shared by others.

Posted Jan 23, 2021 at 12:06pm
The news of the death of your father, grandfather and great-grandfather shocked us deeply.
Not so long ago, we made Christmas decorations for him and made arrangements for Christmas visits.
It's hard to come to terms with the loss of someone you've known for around 40 years.
Although our relationship is weak receive sincere from us honest compassion and deep regret.
Wanda and Leszek Korecki with family.
Comment Share
Share via:

Posted Dec 23, 2020 at 10:58am
Sending condolences to the entire Haras family. It was always a fun time visiting your family home when I was younger. Your dad was always good for a laugh. RIP Bill
Sincerely, Lynn (Uliana) Brombal

Posted Dec 23, 2020 at 10:53am
Our sincere condolences to all of you. Over the past decade, we enjoyed chatting with Bill here and in Sarasota, have fond memories of dining, cards, conversation. Love and sympathy from Jack Gellner and Judith (Judd) Hampton, Prescott ON.
Comment Share
Share via: 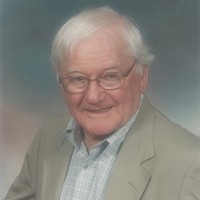 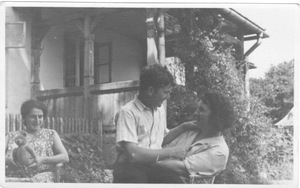 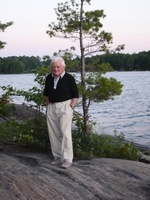