To share your memory on the wall of George Laidlaw, sign in using one of the following options:

It is with heavy hearts that the family announces the passing of W. George Laidlaw, peacefully, though unexpected, at the age of 74, with his family by his side at the Hamilton General Hospital on Wedn... Read More
W. GEORGE LAIDLAW
1945 - 2020

It is with heavy hearts that the family announces the passing of W. George Laidlaw, peacefully, though unexpected, at the age of 74, with his family by his side at the Hamilton General Hospital on Wednesday, January 8, 2020.

George was born and raised south of London, ON, on the family farm. After attending Ridgetown Agricultural College, George and Alma settled in Guelph where he had a long career of almost 40 years with Agriculture Canada.

Both before and after retirement, George and Alma were fortunate to be able to travel, making many wonderful memories together, as well as with family and friends. Many will know him from the baseball diamond in Guelph where he played and umpired slo-pitch for several years as well as from Scouts where he volunteered as a leader. George developed a love of curling at the Guelph Curling Club where he made many friends. His passion project was restoring an antique 1929 Essex.

George will always be remembered for being easy going, kind hearted and for his distinctive laugh. Always curious, he had a natural ability to strike up a conversation with anyone. He always made time for others and was willing to lend a hand wherever needed.. Never one to complain, George remains an example of perseverance, humility and courage. He was loved by many and will be greatly missed.

As expressions of sympathy, please consider a donation in George’s name to the Mark Preece Family House in Hamilton, a place which allowed his family to be near him during this very difficult time, or to the charity of your choice. Cards will be available at the funeral home and condolences may be sent to www.gilbertmacintyreandson.com.
Read Less

Donations are being accepted for: Mark Preece Family House.

We encourage you to share your most beloved memories of George Laidlaw here, so that the family and other loved ones can always see it. You can upload cherished photographs, or share your favorite stories, and can even comment on those shared by others.

Flowers were purchased for the family of George Laidlaw.

Flowers were purchased for the family of George Laidlaw.

Posted Jan 16, 2020 at 10:10am
As a work colleague of his son Ryan and having never met George it seems like many of his wonderful traits mentioned have been passed along. My condolences to Ryan and his entire family at this difficult time.
Jan Mieras
Comment Share
Share via:
CL

Catherine, Frank and Beth Luet purchased flowers and planted a memorial tree for the family of George Laidlaw.

Posted Jan 15, 2020 at 10:53pm
We appreciate all the hours, over many years, that George spent walking our seed production fields as an inspector with Agriculture Canada. He brought humour and humanity to a regulatory role. Blessings to his family.
Quentin Martin
Cribit Seeds West Montrose
Comment Share
Share via: 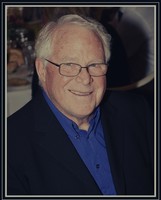