To share your memory on the wall of Winnie Chou, sign in using one of the following options:

Provide comfort for the family of Winnie Chou with a meaningful gesture of sympathy.

The vibrant and charismatic Winnie was an adventurous and nature loving tomboy, who fished and caught edible insects (yes edible insects) on her way home from school. Sometimes she got into hot water with her Mother for losing her quilted homemade cotton shoes when fishing. She was born into a happy home, in the year of the Water Monkey, near Lujiang in the Anhui province of China.

During the war, Winnie’s family had to flee on information that their region was about to be attacked. Indeed, her home was later flattened to the ground. She moved to Taiwan, along with her parents and her younger brother, 張孝仁 (Zhāng Xiàoren), after the Second World War, where she fell in love with a handsome air force pilot, Andy Chou (周安德, Zhōu Āndé). They married and settled in Taipei, where they raised two beautiful children, Benny Chou (周中和, Zhōu Zhōnghé), and Chung-Ying Chou (周瓊瑩, Zhōu Qióngyíng).

By the early 70s, Winnie and Andy arranged to move from Taipei to Toronto, seeking better prospects for their children. It was no small feat for them to bring up two teenagers in Canada while navigating their way in a new land with foreign and confusing cultural norms. In the meantime, as a new immigrant, Winnie found herself, in a steadfast way, taking on less rewarding jobs to help support her family, for which she had traded in her promising career in Taiwan.

Winnie was passionate about the arts, especially Beijing opera, music, and painting. Starting at a young age, she was an avid reader of Chinese prose, novels and poetry. “She could easily recite Chinese poetry. Someone might start the first line of a poem and she was able to finish the whole thing. One may say she started all her children and grandchildren’s involvement in the arts at one point in their lives.” recounted Benny. In Taiwan, Winnie would always bring home reading materials, such as Reader’s Digest or 皇冠(huángguàn) that provided lively conversation at the dinner table.

Winnie and Andy adored their first son-in-law, Steve Gibbons. They were thrilled by the arrival of their beloved grandchildren, Seanei and Fili Gibbons, to whom Winnie was affectionately known as ‘Popo’ (‘maternal grandmother’). Later, Winnie lovingly welcomed her second son-in-law, Evan Ferrari and grandson, Daniel Ferrari, into her family.

She valued family life more than anything else. She and Andy shared a passion for gardening that provided them with a soul-sustaining sanctuary of beauty. She was very skilled at knitting and crocheting. Throughout her life, she possessed an innate sense for style. Winnie also loved cooking and studied with the famous cooking celebrity 傅培梅(Fù Péiméi). That was great for everyone who came to her dinner table. Her very own ‘Popo’ sauce held legendary status in the family cuisine.

As the daughter of an incorruptible military commissioner, 張萬宗 (Zhāng Wànzōng), Winnie modeled a strong moral compass for her family. Yet in her most gleeful of moods, her keen wit and wry sense of humour would surface: “...Winnie would give me that ‘sly look’ while chatting with Chung-Ying in Mandarin. It was never clear to me what she said... but inevitably I knew I was in trouble - and she loved every minute of it” said Chung-Ying’s partner, Evan, also nicknamed by Popo as 小不點兒(Xiaobudier).

Along with Andy, Winnie found a meaningful anchor in their spiritual life that sustained them with peace and strengths. They were engaged members of the North York Mandarin Alliance Church in Toronto and later the Calvary Baptist Church community in Guelph. They much enjoyed taking part in the hymn singing, scripture reading, flower arranging for the services, and after-service fellowship meals. She was endearing to her friends and community, to whom she is remembered for her uplifting and generous spirit.

Winnie lived with courage and resilience throughout her life. She passed away in peace on December 29th, 2019, after her lengthy journey with Parkinson’s disease and after the great loss of her beloved husband, Andy, in 2013. Nevertheless, she lived out her life, continued to touch people who came to know her, with a gracious, humorous and loving presence. Like an inspiring song with a quiet yet ever resonating closure, memories of Winnie will be dearly held in the hearts of her family and friends.

The family sends out heartfelt thanks to Winnie’s second family – the staff and volunteers at Wellington Terrace in Fergus – whom she loved dearly. Their tremendous dedication and care made her final years comfortable and deeply memorable. They also express sincere gratitude to the remarkable volunteers at Hospice Wellington for their compassion and commitment to helping families at a very challenging time.

A Memorial Service and Celebration of Winnie’s Life will be held at Wellington Terrace Long Term Care Home, Fergus, ON on Saturday, April 18, 2020 at 2 pm. Expressions of condolences may be made on the Gilbert MacIntyre & Son Funeral Home and Chapel website.
Read Less

We encourage you to share your most beloved memories of Winnie here, so that the family and other loved ones can always see it. You can upload cherished photographs, or share your favorite stories, and can even comment on those shared by others. 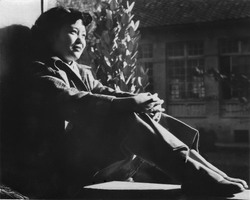 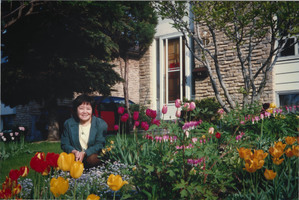 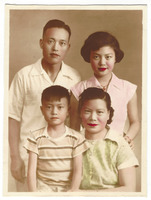